Producing energy on your own roof? It doesn't get more local than that. But if you use renewable solar energy produced in a neighboring field or from a solar farm a couple towns over, you're still enjoying the benefits of locally produced energy. Better yet, that sweet, sun powered energy is bringing numerous benefits to your local community, through financial savings, jobs and economic support, and a cleaner, healthier environment.

Billions of dollars flows out of our states every year in order to purchase coal, oil, and gas for our cities and towns. Solar allows homeowners, businesses, and municipalities alike to keep their energy sources local and invest money into their economies by investing in locally produced solar.

Transitioning to solar also saves towns, business, and organizations money on their electric bills and operation costs, and these savings can be directly returned to local communities. A small business owner can use their solar savings to give raises to their employees, or extend savings to their customers.

A municipality with a solar farm can reallocate money that would be spent on out of state energy production to increase budgets that benefit their constituents, for infrastructure improvement or school funds. Organizations offering housing and support Low-Moderate Income communities, such as the Keene Housing Authority in New Hampshire, can extend the savings from their solar energy systems to the families they house, and offer more sustainable and affordable housing.

Locally generated solar brings more wealth, opportunity, and stability to our communities, and democratizes the benefits of renewable energy for our families, friends, and neighbors.

During the COVID-19 pandemic, even as jobs declined nationally, the solar industries in Maine, New Hampshire, and Massachusetts continued to grow, providing career opportunities in the toughest of times. This is especially true for local solar companies, such as ReVision Energy, which continued to hire rapidly during the pandemic. According to Larry Sherwood, Administrator of The Solar Foundation and President and CEO of IREC, “Even as the pandemic brought unprecedented challenges, the 11th annual Solar Jobs Census shows the solar industry continues to create hundreds of thousands of high-quality jobs for men and women of all education levels and backgrounds." 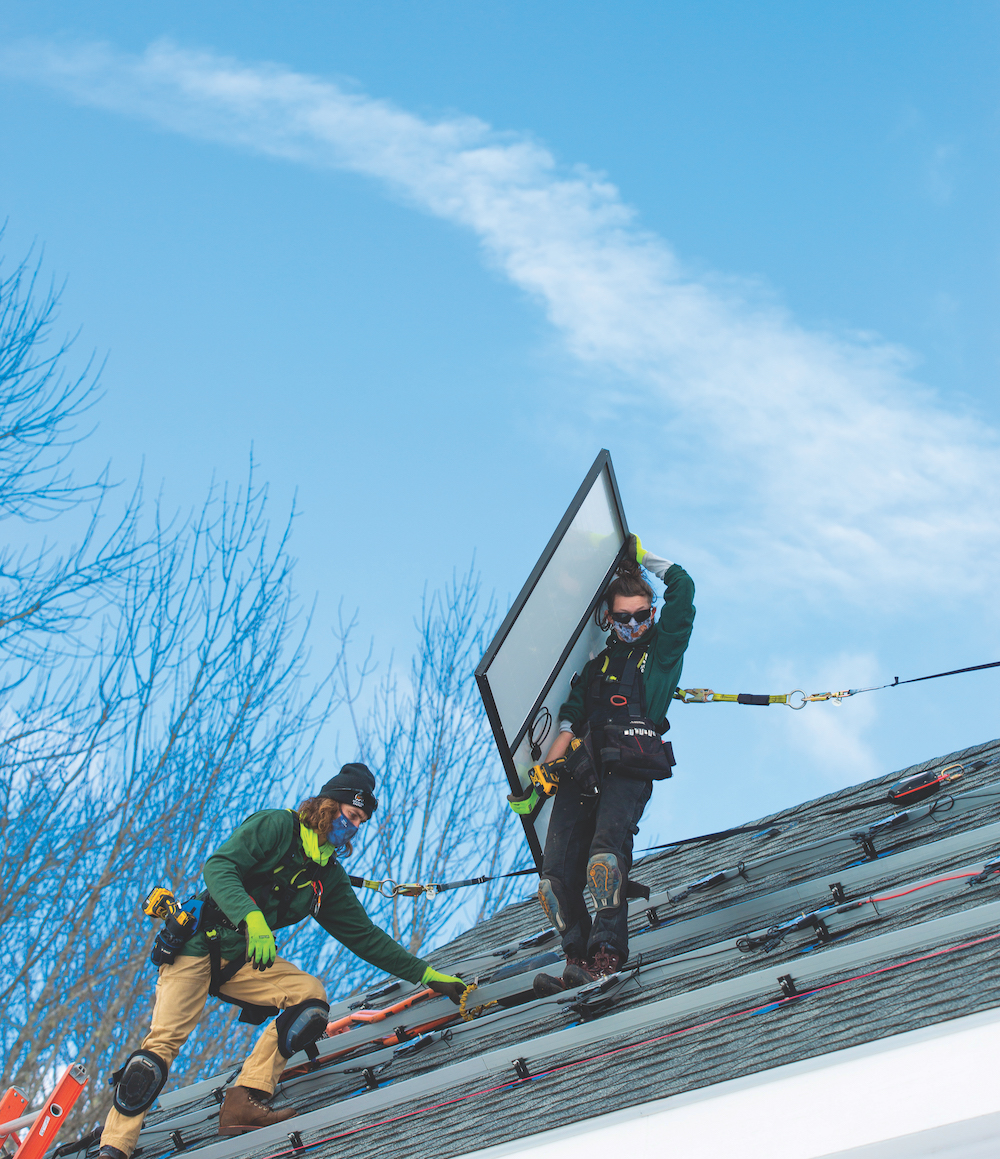 In the face of potential economic and legislative challenges, solar is expected to grow in the next 25 years. This will demand increased training, benefits, and wages, and continued focus on developing a solar workforce.

Solar occupations, especially for locally focused solar companies, earn wages comparable to or better than those same occupation types in other industries. For example, solar wages continue to beat other industry averages, when comparing pay for positions such as construction managers, electricians and installers.

Finally, solar supports local job growth with a critical focus on equity and increasing opportunities for underrepresented populations. Representation among women and minority demographic groups continues to improve significantly within the solar industry since 2015, including a 39% increase for women, 92% increase for Hispanic or Latino workers, 18% increase for Asian American and Pacific Islander workers, and a 73% increase for Black or African American workers. Local training and apprenticeship programs, which are state specific, often connect solar careers to those who have historically had a hard time accessing such opportunities, and enables the solar workforce to more accurately represent the communities it serves.

Solar benefits all ratepayers in a community.

A growing body of research, including a report form Synapse Energy Economics from 2020, demonstrates that solar has tangible benefits for all electricity ratepayers, and not just those who use solar power. Synapse calculated the region’s total wholesale energy savings due to local solar to be over $1.1 billion. It also showed the monetary value of additional widespread benefits, such as the reduction of carbon emissions, avoided pollution and health costs, and job creation.

How does solar save everyone money?

With grid tied solar, everyone pays less for electricity because it reduces the amount and the cost of electricity purchased by utility companies:

Let’s dive in. For utility companies, the most expensive time to operate the grid is during the middle of the day, when demand for electricity is at its highest. During the height of summer, when the endless running of air conditioners causes the grid to hit “peak-load,” utility companies are forced to tap into their backup systems, which tend to be less-efficient, more expensive oil burning power plants. 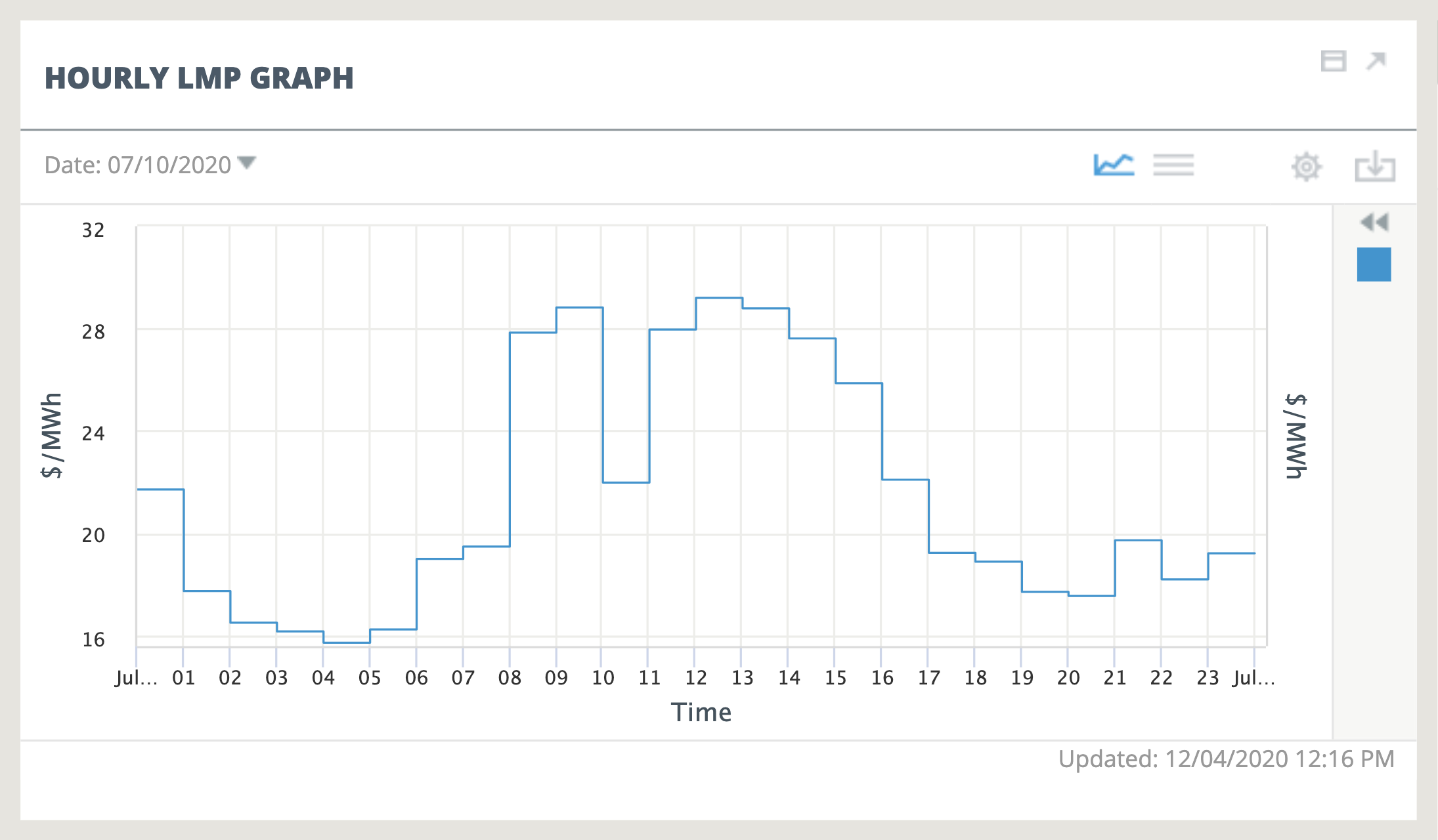 On a hot July day, energy demand is highest during the middle of the day – right when solar panels are generating their most energy for the grid. The more solar generated during these peak times, the less utility companies will have to rely on pricey electricity from standby peaker plants.

Solar panels generate power during these sunny, peak-demand times, which reduces the need for utilities to turn to back up power plants. These “peaker” plants require copious amounts of money to stay operational, despite only being utilized a couple days a year. Reducing the need for them keeps the price of wholesale energy from skyrocketing during peak demand days, and eliminates the burning of an enormous amount of oil.

Additionally, most small-scale solar is generated locally and used close to the source, which lowers the need for expensive lines, poles, and the maintenance of the grid’s general wear and tear. The more solar power there is in the grid, the more utility companies save, and those savings are passed on to all customers, solar and non-solar alike.

Solar improves the public health of our communities.

If you've made it this far, we've got just one more way solar positively impacts our local communities, and it's a big one. Locally generate solar power is better for our public health.

Unlike other forms of energy such as burning fossil fuels and natural gas, which emit byproducts like sulfur dioxide, nitrogen oxides, and smog that have been linked to symptoms like respiratory and cardiovascular distress, solar is a clean and low impact form of energy production. Additionally, solar panels do not pollute the ground or air, and don’t absorb water or contaminate rivers in any way. 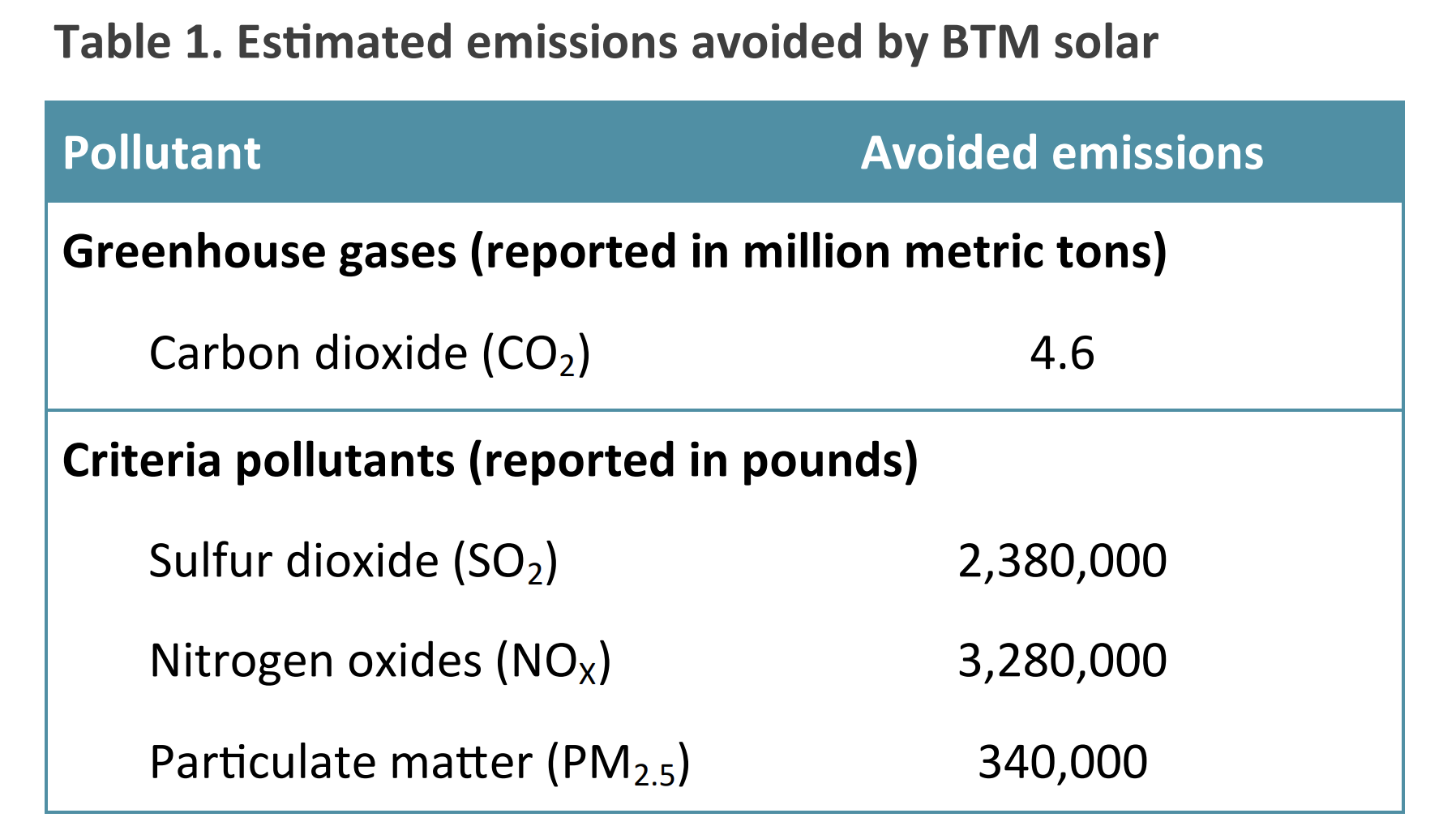 The Synapse report, mentioned earlier, calculated the total avoidance of carbon emissions and pollutants as a result of small-scale NE solar. From 2014 – 2019, New England solar alone prevented “4.6 million metric tons of climate-damaging carbon dioxide emissions” and the release of hundreds of thousands of pounds of pollutants, which contributed to “$87 million in public health benefits.”

The World Health Organization estimates that 4.2 million people die prematurely due to outdoor air pollution every year. These are huge amounts of harmful pollutants kept from our cities and towns, and avoided in our farm, parks, and natural spaces. Solar arrays also require little maintenance and replacement over time, and have very almost no impact on the biodiversity and physical areas in which they are installed (if sited properly). 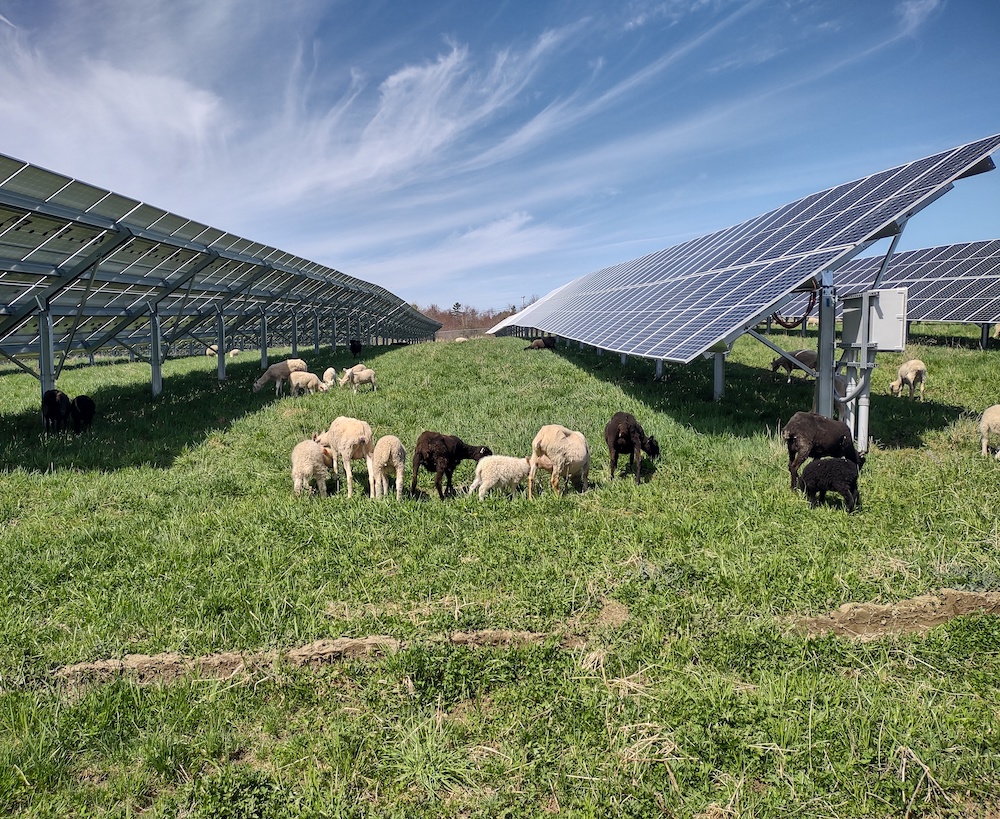 In fact, many solar farms have granted new, productive use to otherwise unusable land, such as covered landfills. Some farmers and landowners have even found creative ways to use the unique space of a solar panel covered field.

We've seen solar farms used for all sorts of activities including bee keeping areas, and-everyone's favorite-sheep grazing! So yes, solar benefits everyone in our local communities, even if they don't have solar themselves (and even if they are sheep).

If you're not a sheep and ready to learn about the specifics of solar's many financial benefits, read on.