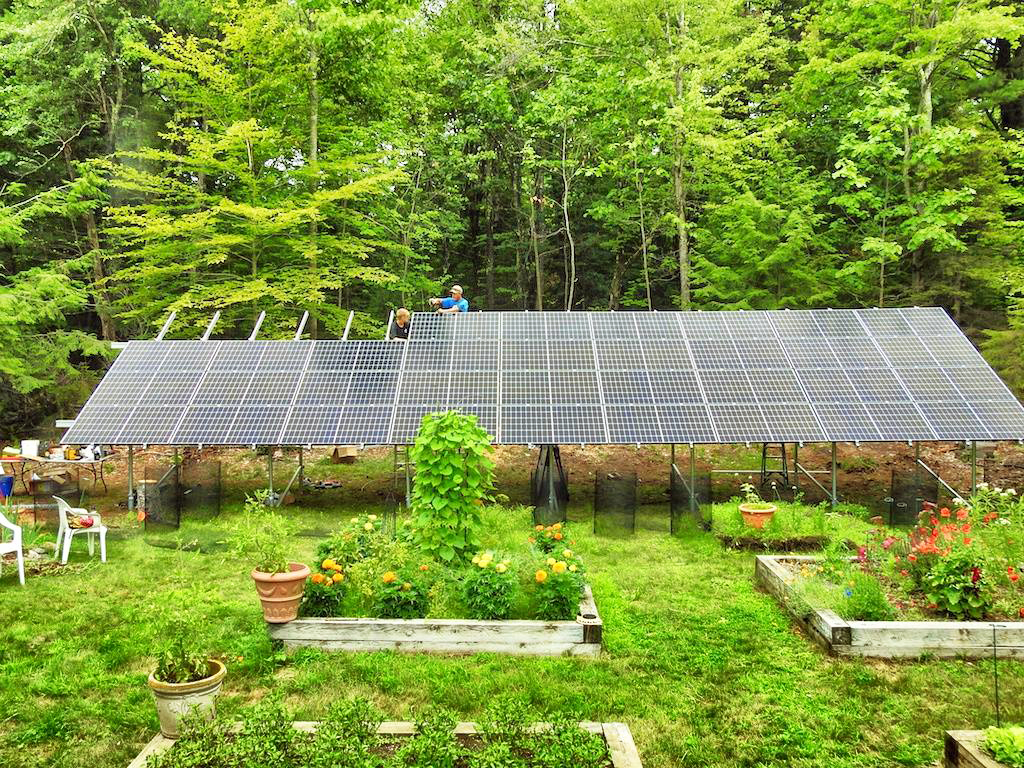 Paul Willis first encountered an “earth-sheltered” home while working as a photojournalist in Indiana, and loved the concept. Earth-sheltered homes are durable, comfortable, and energy-efficient dwellings, characterized by the use of earth to buffer much of the structure, and windows that face the southern sky. The passive solar aspect was appealing to Paul and his wife, Vicki, as was the wholly different appearance of such dwellings.

Paul and Vicki were impressed enough to start seeking a similar dwelling to call their own. Nothing turned up, though, and they couldn’t pull it off by themselves at the time, so their own passive solar home remained a dream.

Many years, and a couple of moves later, serendipity brought them to the doorstep of an earth-sheltered home for sale. They had asked their realtor to find them property that was rustic and rural, and before long she reported back with a find. The lot was fantastic, she said, but she was worried the home wouldn’t have the right curb appeal for them. “She wouldn’t show us a picture of it, and just asked that we come and look at it,” Paul remembered.

Under the Sheltering Earth

Paul and Vicki arrived at the well-designed, low-profile, earth-sheltered house of their dreams – they were the first people to see it on the market, and they told their realtor they wanted to buy it right then. 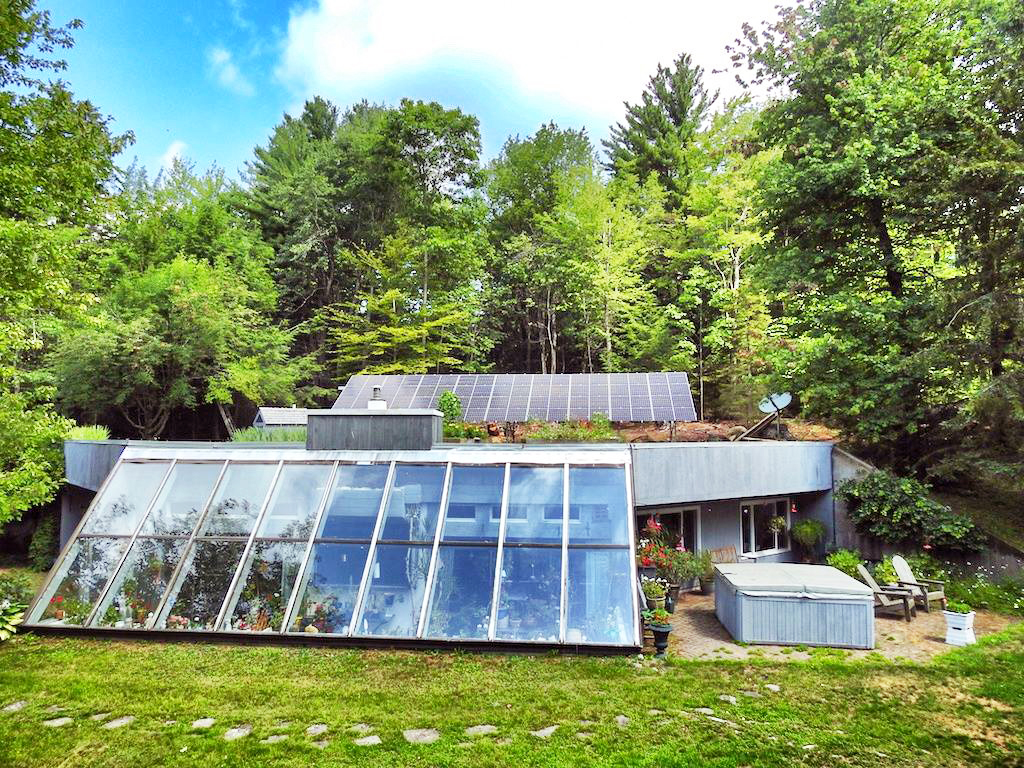 Originally designed and lived in by a retired engineer and his wife, the home sits in the middle of 30 acres in southern New Hampshire. It’s backed by a mountain range with a historic hiking trail, and there’s a nearby beaver pond full of wildlife. “It’s an ideal place,” Paul shared. “The beaver pond is my constant muse.”

The insulating layer of earth covering the roof does an excellent job of holding heat provided by the south-facing greenhouse that spans much of the exterior wall. Fans move the sun’s warmth around their home in the winter, and as a result they hardly need to fire up any supplemental heating. When they do, it’s with their pellet stove, which replaced a wood stove they used for many years. They’ve never needed fuel oil or gas.

“Without any heating, it never gets below 58 degrees inside,” Paul imparted, “But what’s really great is how we never get hot in this 90 degree heat. It moderates the temperature year-round, and that’s the primary advantage of this earth shelter.”

This summer, Paul and Vicki had ReVision install a ground-mounted solar array just behind the portion of their yard that happens to be the roof. Passive solar energy works wonders in lowering their home’s energy consumption, but going the distance with solar electricity has been a part of their vision for a long time. By reducing electrical loads with newer appliances and LED fixtures, it was easy to nearly offset their electrical use with solar.

Paul and Vicki were drawn to the efficiency of ReVision’s design and engineering solution that wouldn’t require digging deep holes, or placing massive counterweights, like with the proposal from one contractor who suggested the only viable method would be to use a ballasted racking system held down with multiple concrete “jersey barriers” – many thousands of pounds of concrete. 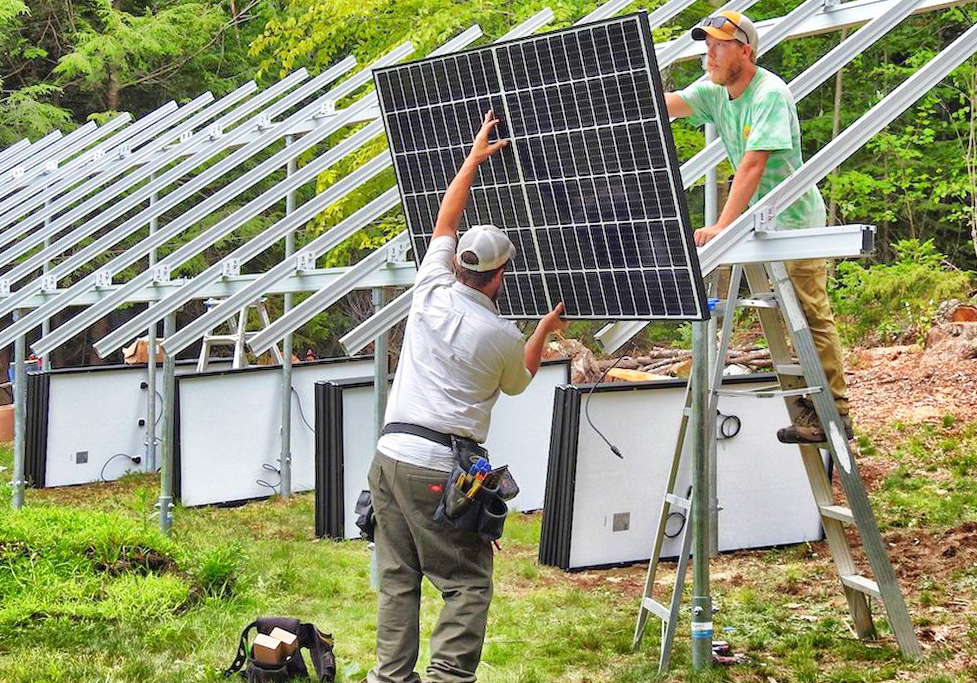 “We decided to go with ReVision because we liked the company, the strategy and the philosophy, and because we knew you’d be around. On top of that, ReVision is the only company around that does ground screws.”

Ground screws are a simple solution to the challenges of firmly anchoring solar projects – they also save countless hours and dollars. ReVision has traveled far and wide across New England, installing thousands of screws and accelerating the transition to solar power. For most homeowners, though, cost-effectiveness is not the only consideration – aesthetics are just as key. “We would not have been happy with a 10-jersey barrier ballasted array on top of our house,” Paul exclaimed. “This was a much less invasive solution.”

“When the sun shines these days, we are making more than we use,” Paul remarked. “We’ve been in this earth shelter for 23 years. We’ve always liked the idea that we were taking advantage of the sun for heat, but being able to add photovoltaic to cut our electric bill is what we really wanted to do. So, we’re really excited to be able to complete the vision – the builder of this house was really ahead of his time in solar. I pinch myself every day that we found a cool place like this.” 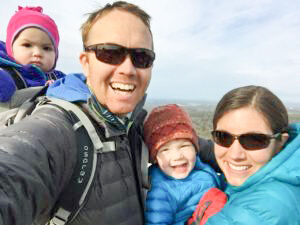 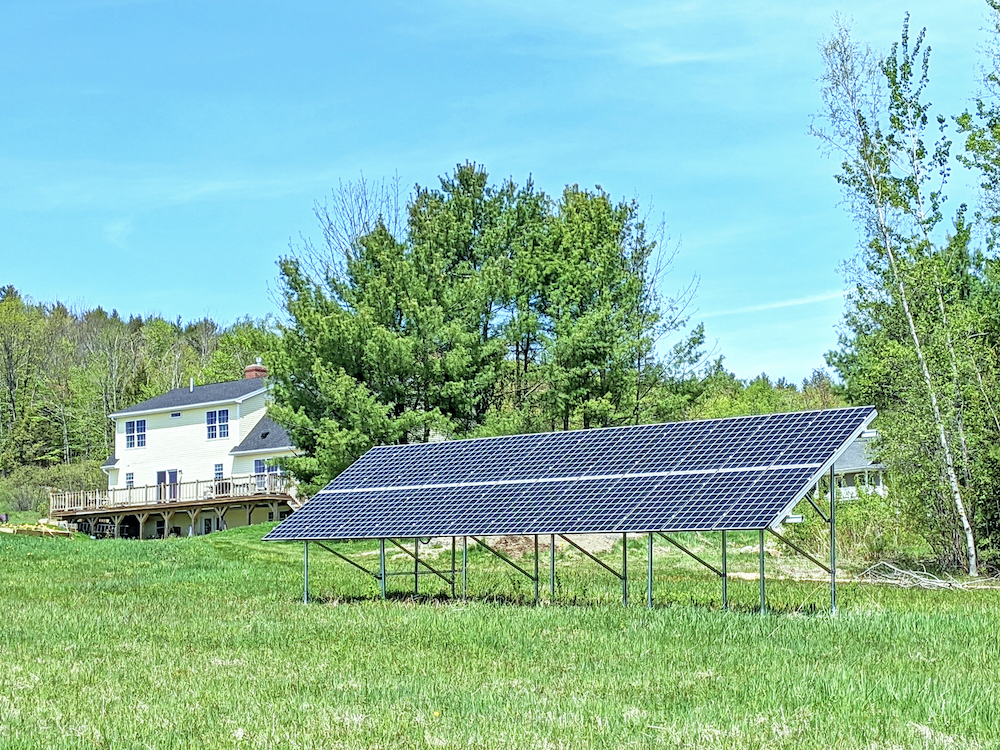 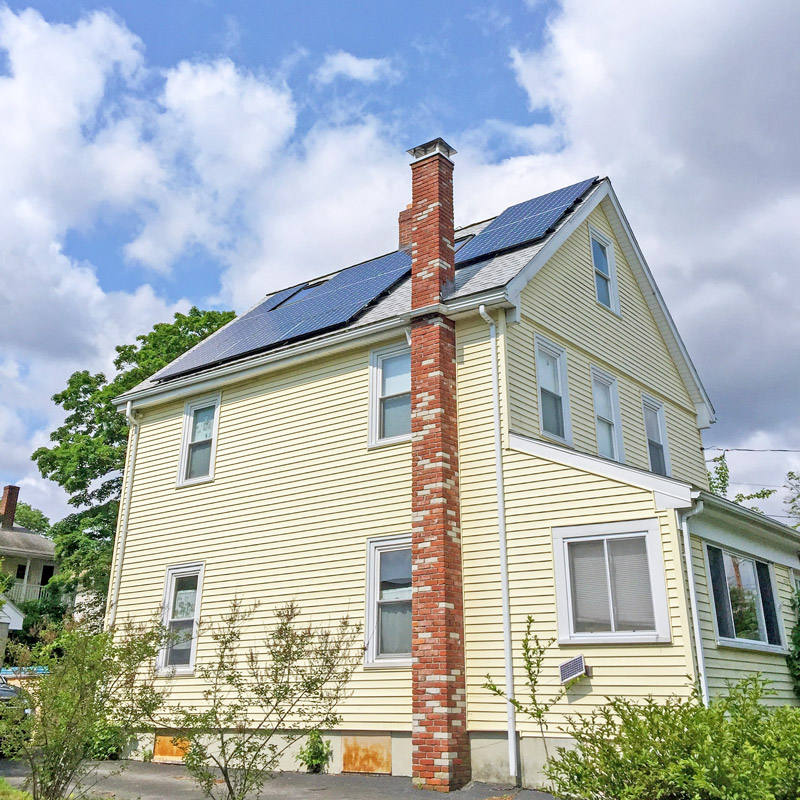 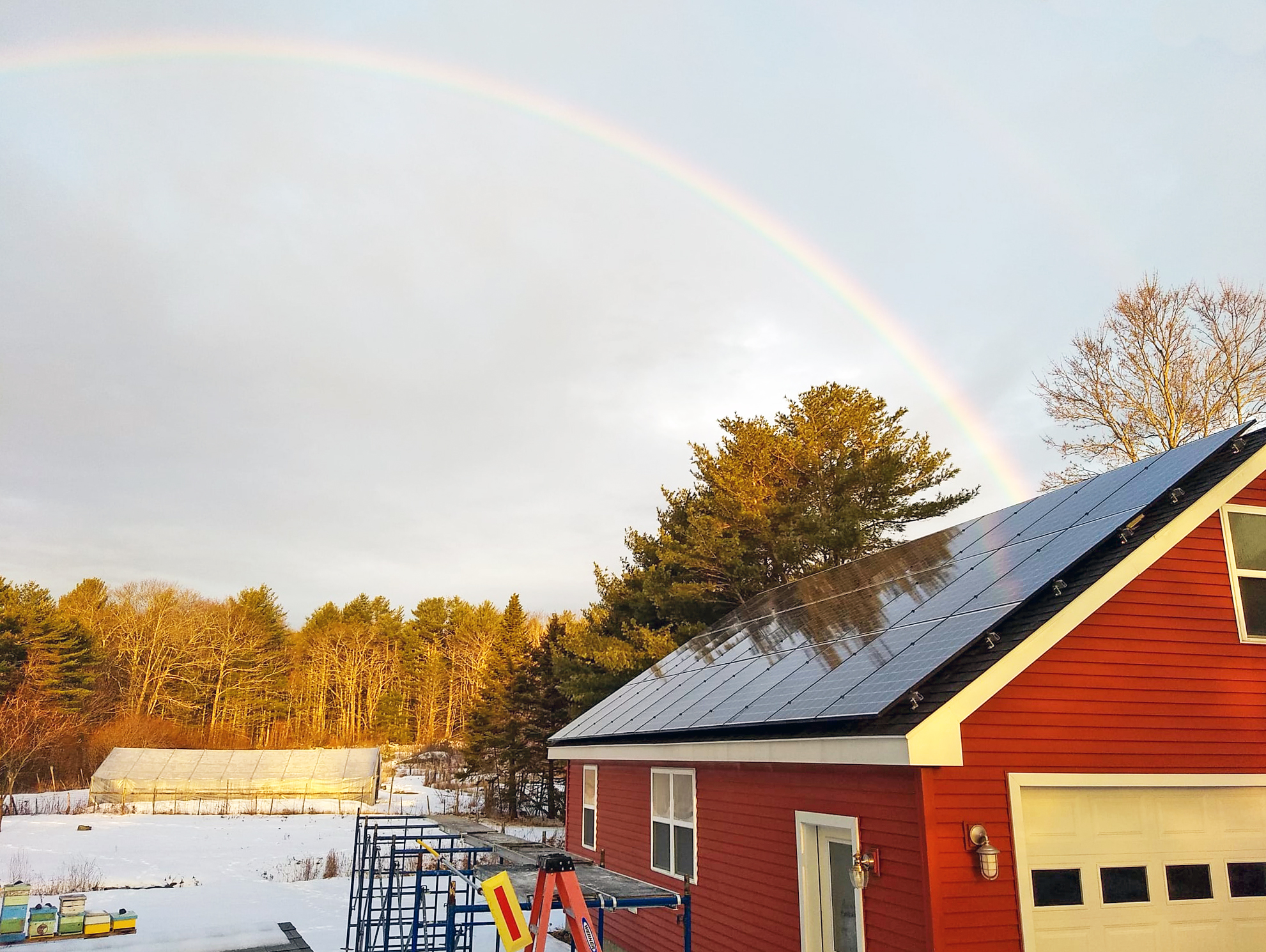 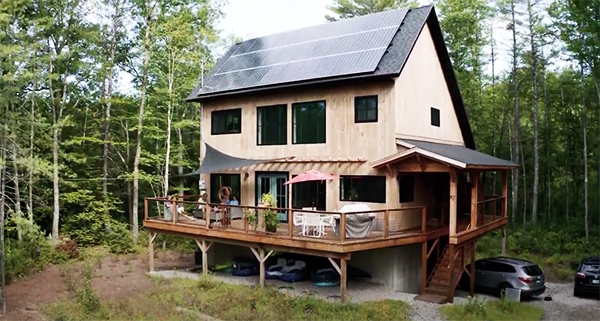 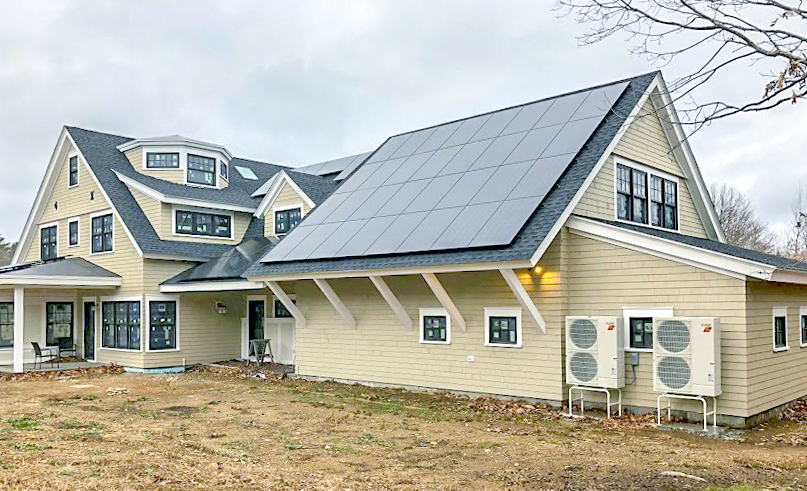 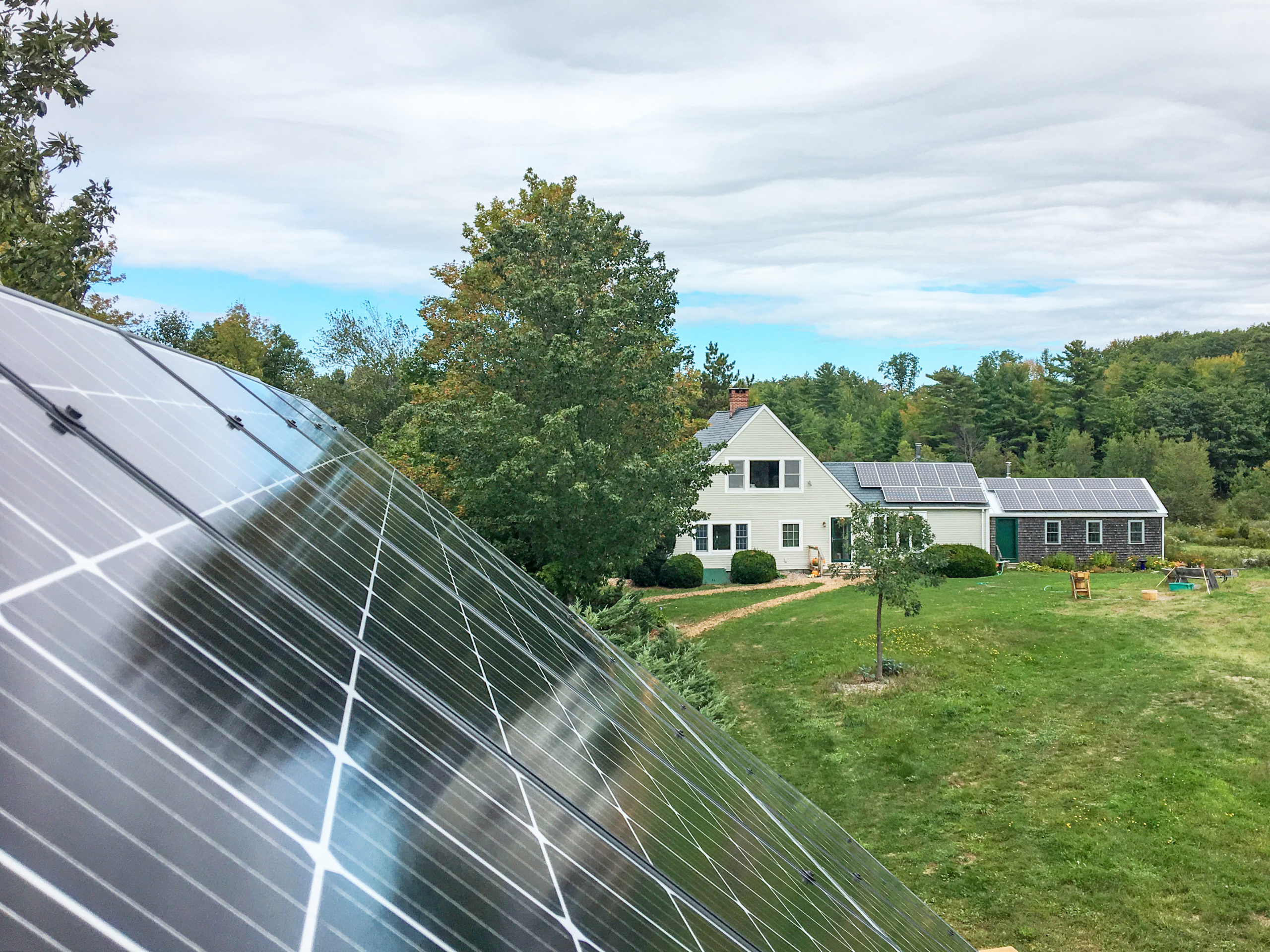 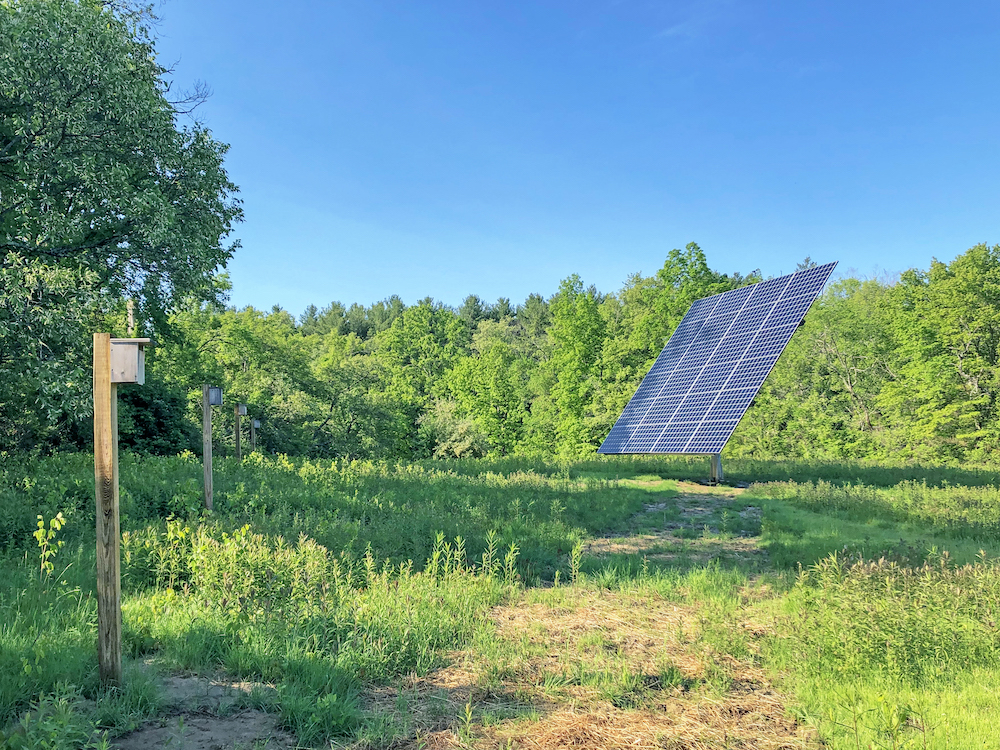 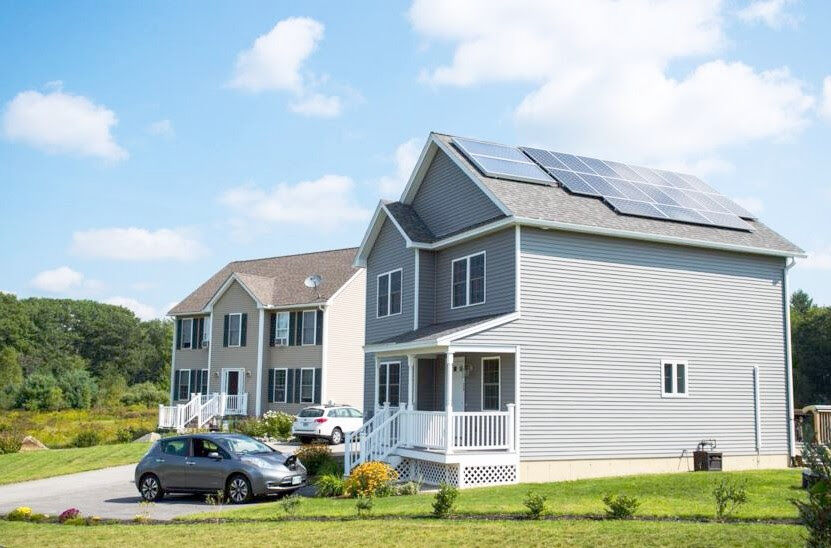