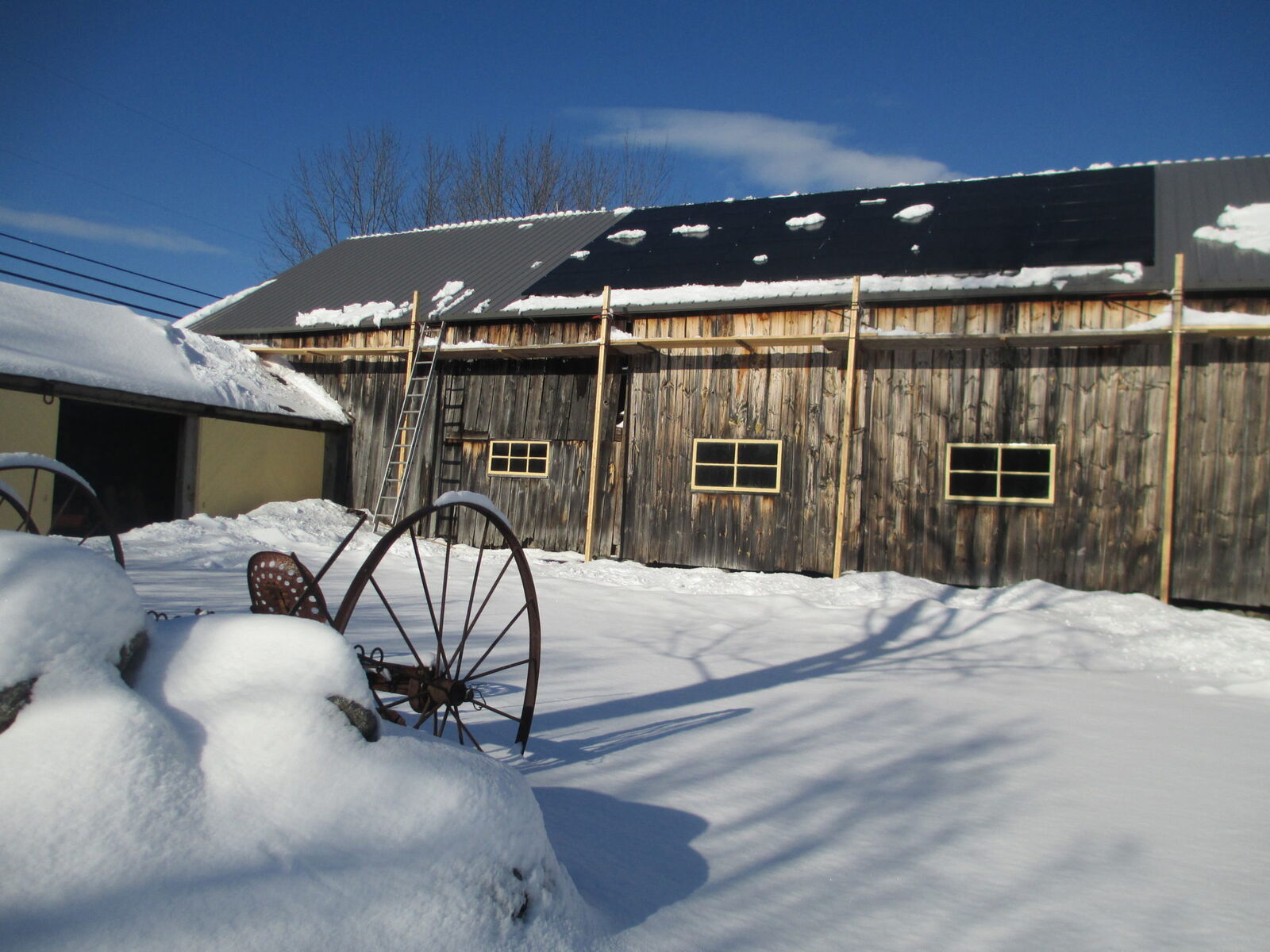 Exeter, NH (February 10, 2016) - Perched on the rooftop of a picturesque old barn, Rob and Barbara Mathews' Suniva solar panels are churning out an estimated 9,878 kilowatt hours of solar energy each year. The Mathews' recent solar investment with ReVision Energy powers their home and workshop in Deerfield, New Hampshire, where they make handcrafted, custom leather shoes, a trade that has been in the family since Rob's grandfather's research into foot health and shoe design in the early 1920's.

The Mathews specialize in creating high-quality, unique and custom-made shoes, offering a personal service that often caters to clients with needs that make well-fitting, commercially-produced footwear hard to find. Starting with a custom fitting done in person, each pair is handmade to order from fine leathers with colors, design and interior all selected to meet a customer's individual needs and tastes. The shoes, which are hand-laced to the sole, can be completely rebuilt and will last for many years.

The couple found ReVision Energy through research and through attending open houses. "We were really impressed with everything about ReVision," says Barbara. "They were friendly, professional and gave us everything we needed." The Mathews' have since hosted their own open house for ReVision, showing off their system and antique barn. People visiting to the shop for the first time have a very positive reaction, and often remark how well the panels complement the 200+ year-old building.

The Mathews chose solar largely for environmental reasons and have long pursued a self-reliant lifestyle. They have a large organic garden, chop wood to heat their home and, in the past, have owned chickens and livestock to provide eggs and produce their own raw milk, cheeses and butter. They also restored an old house and barn where they raised 3 children and have operated their business for over forty years. In addition to the new photovoltaic array, the Mathews also have a solar hot water system which they self-installed in the 1980's.

"Solar was a natural extension of our lifestyle," says Barbara of their recent installation. "It rounded out our vision of treading as gently as possible on the Earth and being self-reliant."

As the Mathews run a home-based business, it was important to them that the system they installed would cover their energy needs, both at home and in the shop. Their system, a 7.8-kilowatt array, was installed in late 2013. Going into its third year, the array's production covers 100% of their electric bill, which not only cuts down the operating costs of their business, it has also offset 33,033 pounds of carbon dioxide emissions to date.

Though much of the shoemaking process is done without electricity, sewing machines and the old finishing and skiving machines the Mathews used for years do consume electricity. "It's just so satisfying to know we're not relying on a public utility with whose philosophy we don't agree to produce our energy," Barbara says. "It's great to look at our Sunny Boy inverter and see how many tons of CO2 we're not putting into the atmosphere. It puts it on a very personal level. You think you're leading a conservative lifestyle: turning off lights, hanging laundry to dry, chopping wood. Would you have thought that over the past 3 years we could have put 16 tons of CO2 into the atmosphere, if not for the solar panels?"

Rob and Barbara travel to several craft shows each year and have found on many occasions that solar starts conversations. Within in the art and craft community, they see renewable energy technologies as a growing trend, and many of their fellow craftsmen have systems of their own. Their system has already had a positive effect on their business. "We tell people whenever we meet them," says Barbara. "A lot of our customers are really impressed and have similar concerns about the environment and clean energy. They ask a lot of questions."

The Mathews plan to feature their system on their website and in their new brochure, and they note that solar has added "a new dimension to our relationships with clients who are like-minded - it makes them feel even happier about their choice to do business with us."

Rob and Barbara are both great supporters of a renewable energy future and hope that others will continue to go solar. For ReVision as well, they have rave reviews. "All around stellar," says Barbara. "We recommend them to everybody." Learn more about Rob and Barbara's work at customshoemaker.com .