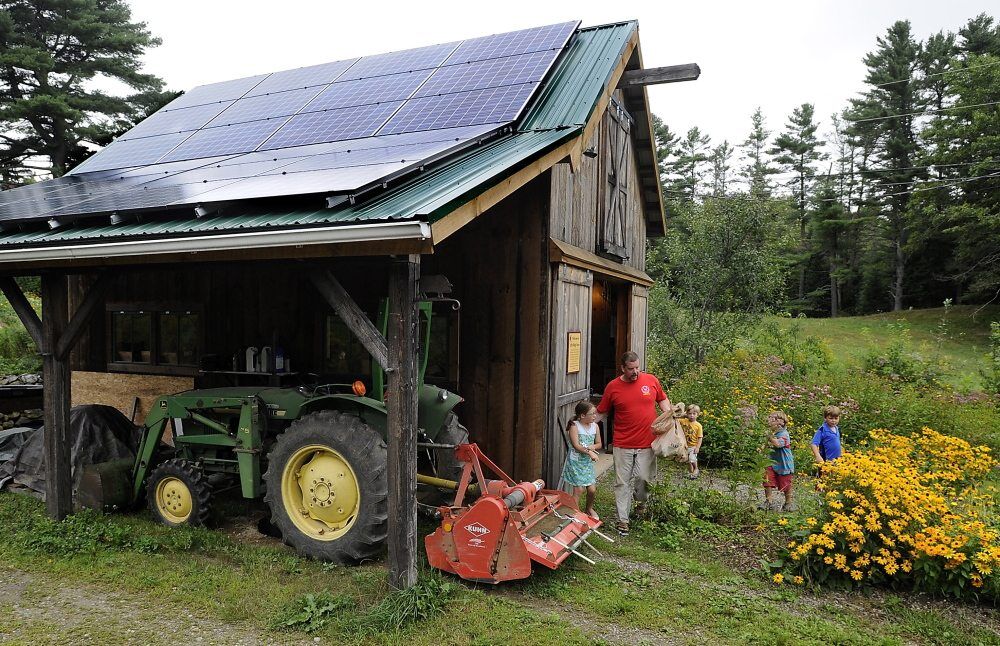 The 30 young turkeys foraging in their movable, fenced enclosure at Little Ridge Farm here are bulking up. More than two months old now, they'll weigh 20 pounds or so by November, and fetch $5 a pound as the organic, free-range star of Thanksgiving supper.

That's a pricey bird, but these poults spent their first few weeks basking under heat lamps at 95 degrees. The lamps suck up electricity, which contributes to the high cost of that special Thanksgiving turkey.

Next year could be different. Keena Tracy, the farm's co-owner, just had a 6-kilowatt solar-electric array installed on her barn. It's sized to generate enough power over a year - roughly 8,000 kilowatt hours - to run heat lamps, a walk-in cooler and assorted fans and lights.

And while interest in renewables appears to be increasing on the farm, the biggest obstacle to more widespread use of solar, wind and biomass - not surprisingly - is coming up with money to make the initial investment.