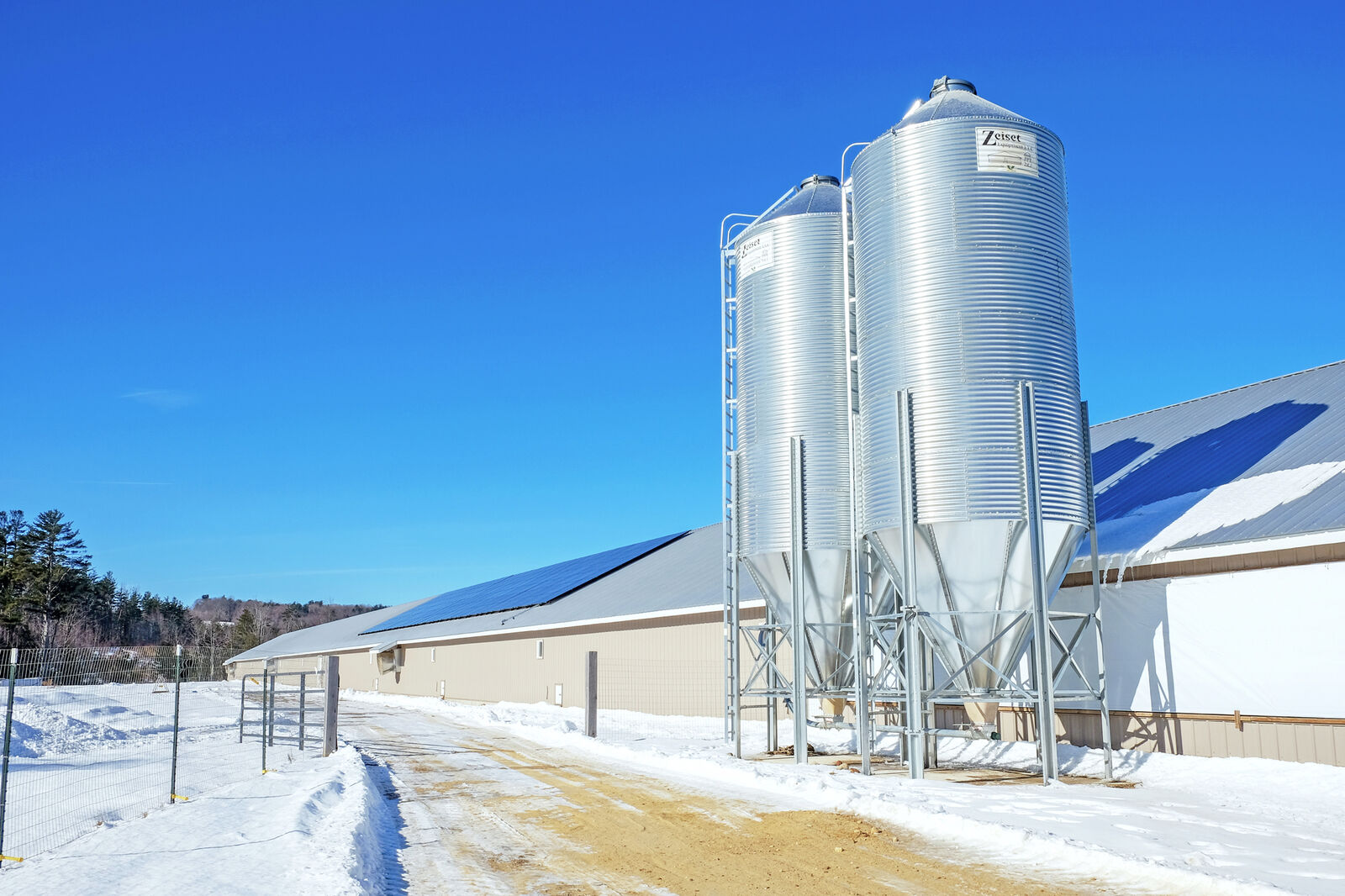 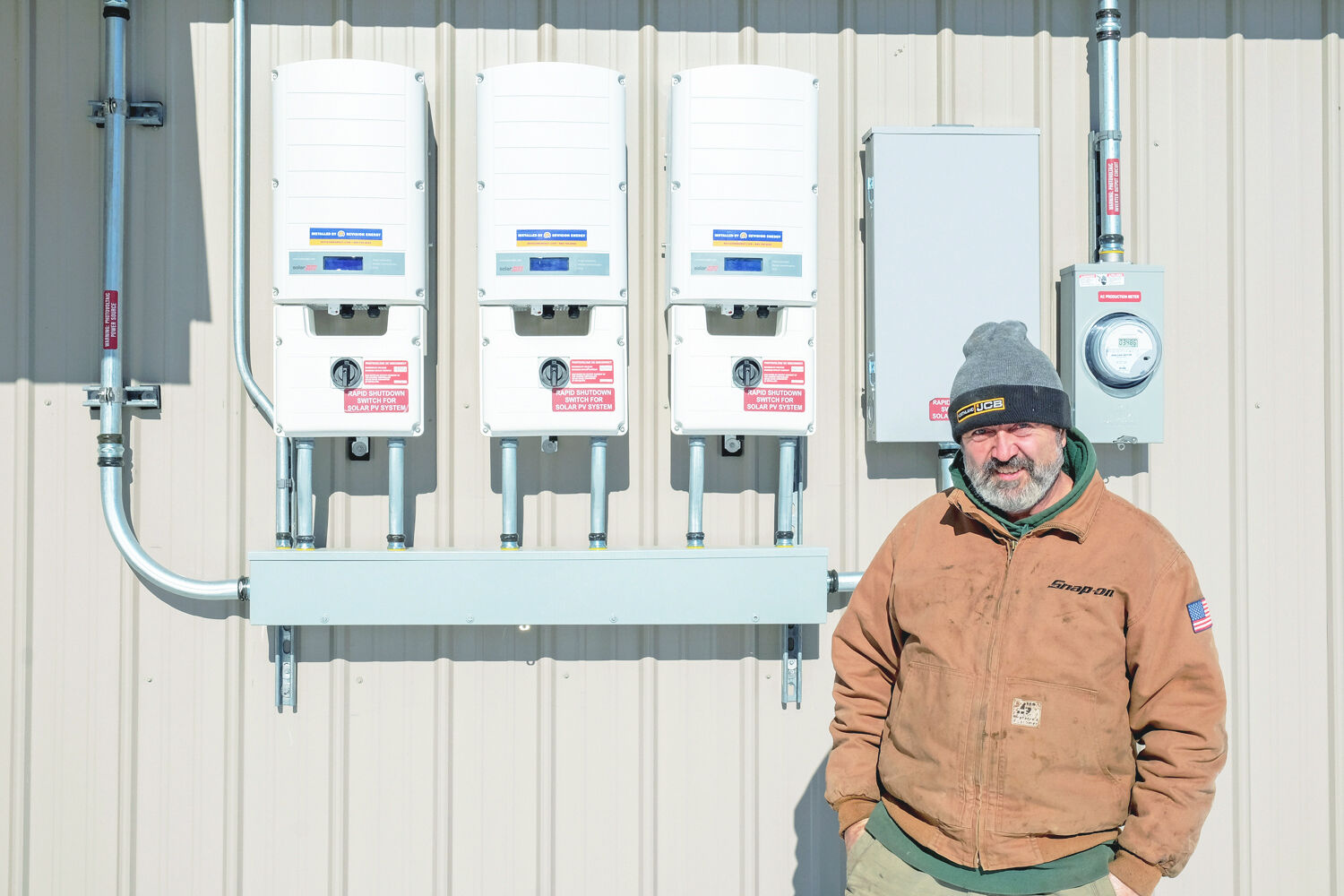 Tom's belief in the happiness of free-range chickens is adamant, "They're better for the environment, better for you, and better-tasting, too."

Tom Giovagnoli lives next door to his solar-powered hen house in the heart of New Hampshire, where he is carrying on his family tradition of organic farming. A third-generation farmer, Tom once raised cattle and a few hogs with his three sons in Dunbarton, NH, where his skills as a diesel mechanic supplemented his livelihood, but his passion for farming led him to seek it out full-time.

Tom was in touch with Pete and Gerry's Organic Eggs about starting a farm within their collective, but his presentation to the Town of Dunbarton met some dissent on the planning board. Tom began looking elsewhere and found the Town of Boscawen to be welcoming to his planned endeavor. So, in 2016, on a hill near the Boscawen town line, he cleared the land, built his house and a spacious barn for his hens - Giovagnoli Farms had come into fruition. 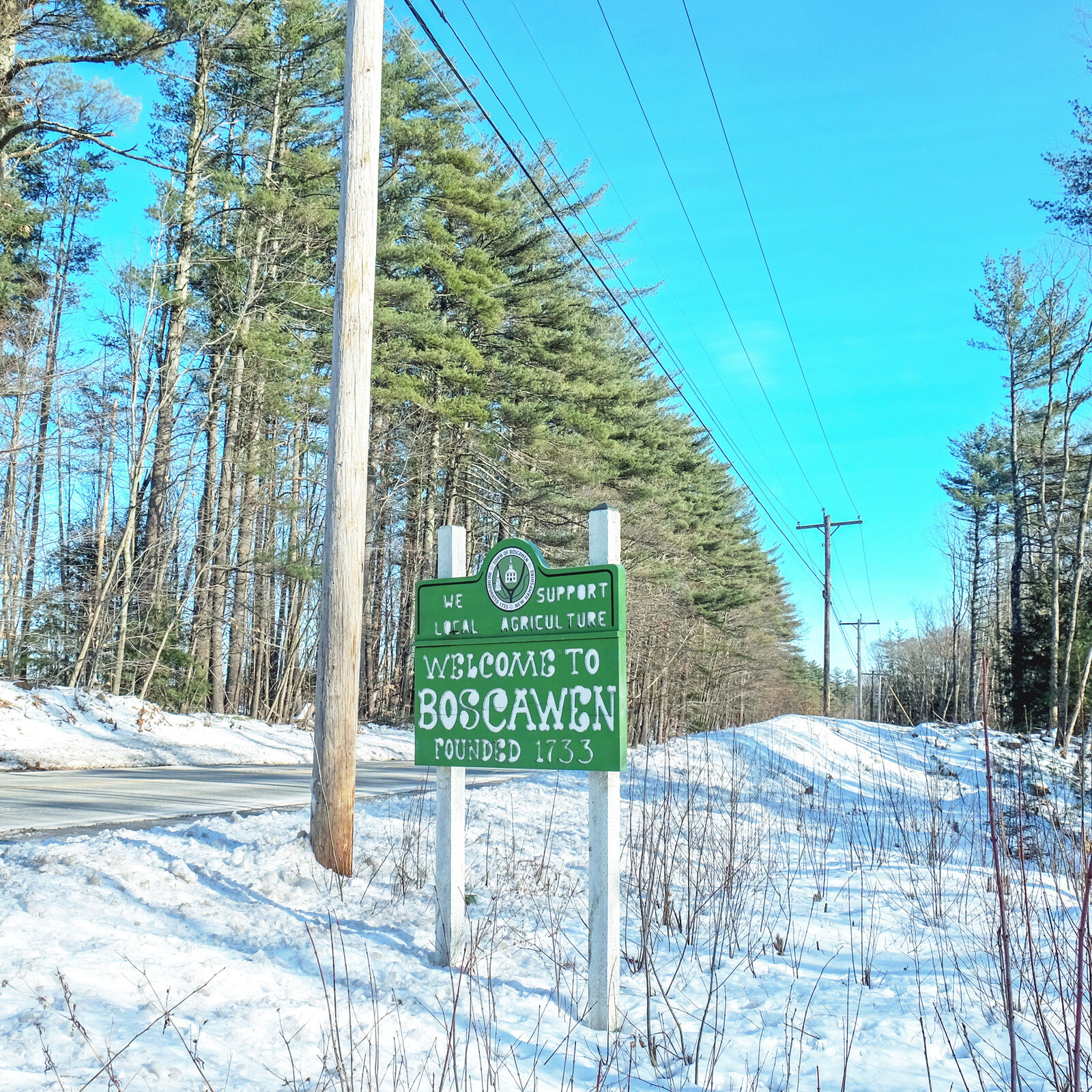 Tom feels great about farming full-time, and senses that he's helping preserve part of New Hampshire's identity, "They said New Hampshire, back in the heyday, was one of the largest poultry producers in New England - fed all of New York City - and then the big boys came in and put everybody out of business. I could drive a mile and show you old poultry barns, they're scattered all over the state. It's almost gone extinct here, so feels nice to be bringing it back to the state."

The new farm was operating smoothly, but then the summertime power bills arrived. Through the first summer, Tom's power bill was around $1,000/month, so he investigated solar power to bring his rate down. He spoke with several solar companies before he was referred to ReVision Energy by his partners at Pete and Gerry's.

Choosing ReVision was simple in Tom's book, "I went with ReVision because everybody's knowledge stood out, whether it was the design specialist or the office manager."

The 500-foot long barn has a laying area that runs the entire length, with uniform conditions from end to end. Tom pointed out on his data monitoring system that the temperature from the back to the front of the barn varied by only 2 degrees and remarked, "You can hardly keep your house that close!"

In 2018, ReVision installed 132 solar panels on the roof of Tom's hen house, providing 100% of its electricity. The array powers the barn's lighting, feed augers, watering system, manure scrapers, and ventilation, and will offset over 56,000 pounds of carbon pollution every year.

The systems that keep Tom's chickens comfortable and healthy are now powered entirely by the sun. "It feels good to have solar," Tom remarked, "You're not making a mess of the environment and burning coal."

REAP Grant as a Path to Solar

Tom's solar project was greatly aided by the Federal REAP grant that he received, which ReVision helped him complete. REAP grants are an incentive offered through the US Department of Agriculture to offset some of the cost of renewable energy projects for agricultural producers and small rural businesses.

Tom was thoroughly impressed with how ReVision's Megan Ulin streamlined the process. "I couldn't have done it in 100 years without her help!" Megan also applied on Tom's behalf for a state PUC rebate amounting to 13.5% of the project cost. ReVision prides itself on legendary customer service all throughout our design and installation process, and getting farmers like Tom through the REAP grant process is yet another way we can make going solar as simple as deciding that the time is now. 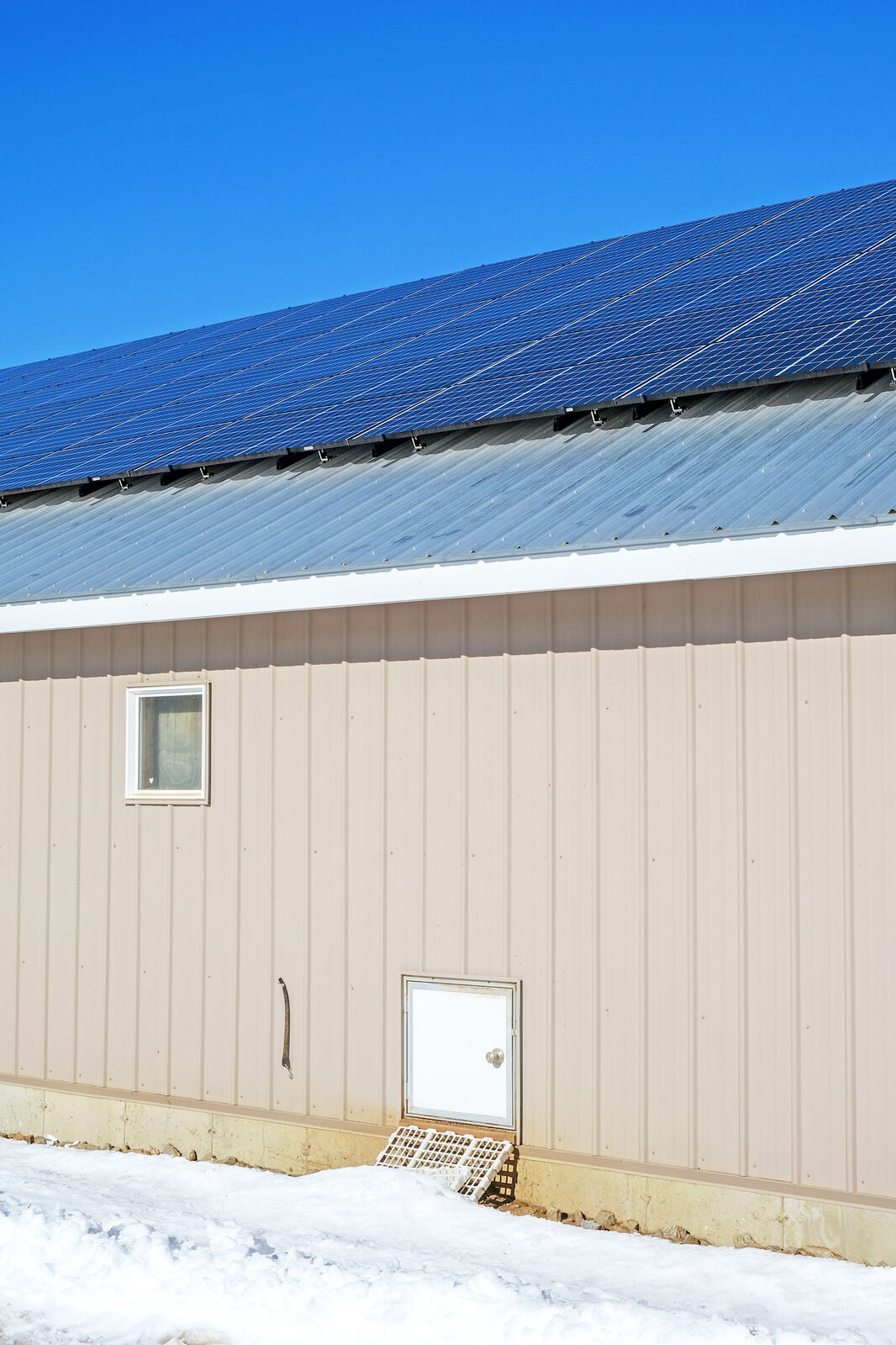 Tom noted the complex social awareness of chickens, and chuckled at the memories of outdoor entertainment they provide, "It can be quite a show to watch. One will grab a field mouse - I don't know if you've ever seen 'The Benny Hill Show,' when everybody's chasing him around? - the birds will be doing that, back and forth!"

Tom was thrilled to receive both the state rebate and federal grant, and felt like he owed it to the incredible support he had from Concord Conservation Office and ReVision Energy. "I've got to thank Stacey Luke over at the Concord Conservation Office for getting me through the federal hoops. I couldn't even tell you half the things she had to do, but she got all the info that Uncle Sam needed from me. Meanwhile at ReVision - obviously if Uncle Sam's giving you money, they want to know what you're spending it on - and Megan worked with them providing specs and warranties. Between the two of them, it was a lot of help. Then Megan found a state rebate that she applied for me, and I received another 15 grand. So, between the 2 grants, that was almost 40% of the project - it was a no-brainer."

Tom's solar-powered hen house was also eligible for the 26% Federal Tax Credit, and with the combined cost reductions, his project will pay for itself in 6.5 years. His solar panels will continue harvesting sunshine for a guaranteed working life of 25 years, but it's likely they will function admirably for closer to 40 years.

The Underdog is On Top

Tom has further strengthened his farm by locking in its electric rate for the next 25+ years, adding to the stability of his partnership with Pete & Gerry's. His very successful project may well prove to be a new component in the strategy that Pete and Gerry's provide for the farms they partner with.

Paul Turbeville, Pete and Gerry's VP of Marketing, expressed their excitement for Tom's success, "We care a lot about our environmental footprint, not just our own production and processing, but for our network of 130+ family farms in 14 states. We really try to think holistically about the impact of our entire supply chain. At the end of the day, it just makes a ton of business sense for Tom." Indeed, Pete and Gerry's is looking at proposals with ReVision to go forward with a solar project on their home farm in Monroe, NH. 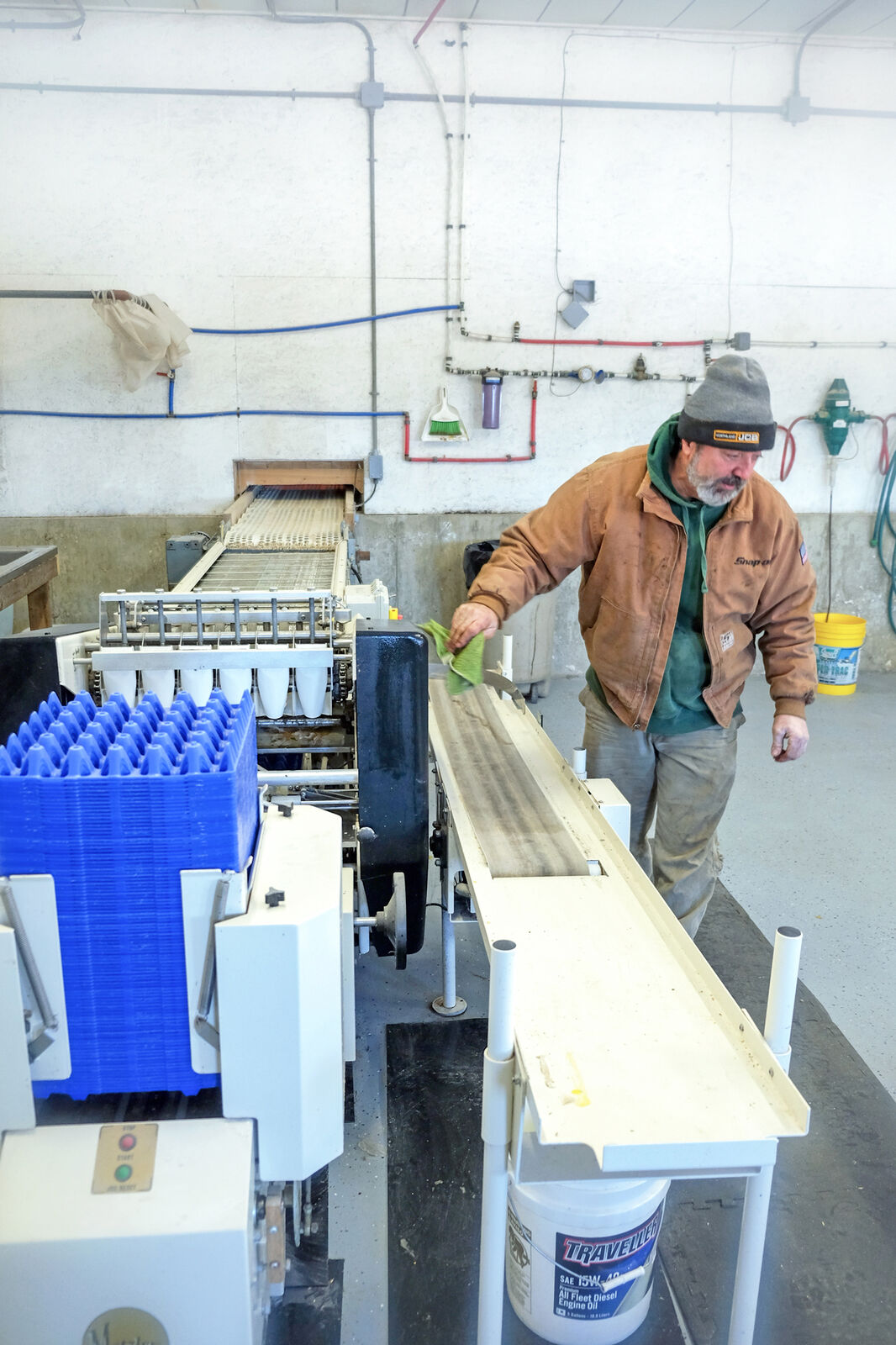 Tom's belief in the happiness of free-range chickens is adamant, "They're better for the environment, better for you, and better-tasting, too." Pete and Gerry's is equally interested in the happiness of their farmers, as well, and has employed automated methods of feeding the birds, collecting the eggs, and cleaning the barn that they incorporate in the plans they draw up with new farmers, like Tom once was. This alleviates him from the toilsome tasks that 20,000 chickens necessitate.

Jesse LaFlamme, the son of founders Gerry and Carol, now heads the family-owned company, and from the day after he graduated from Bates College to the present he has pushed Pete and Gerry's to raise their bar. Their commitment to small-scale farming, organic foods, humane treatment of animals, and conservation has earned them recognition and business across the country. Importantly, they have ensured that family farms can still thrive, instead of letting factory farms swallow them up.

Jesse was the driving force behind Pete and Gerry's earning B Corp status, and their Certified Humane-designated farms. Certified Humane farms follow the highest standards of humane farm animal treatment, while B Corps go beyond the narrow goal of making profits to uphold the triple bottom line of profits, people, and planet. The dual efforts make the Pete and Gerry's difference clear, from the humane treatment of their chickens, to the responsible business practices in their office.

"It's been an amazing journey for us as a company, we started in the early 1950s as a small regional producer, and made the switch to organic around 1997. We were a little bit ahead of the organic wave, so to speak, but at that point large industrial farming had nearly put us out of business," Paul recalled. "For us, organic was something we believed in, but also a way for us to survive as a single-family farm at the time. It's become the platform for us to partner with all of these farms who are great producers, just like Tom - amazing farmers, super hardworking, but on their own could not compete with large-scale egg production."

The largest electricity consumer is the ventilation system. The barn is ventilated only as long as necessary to maintain a specific air quality, but it is one of the most consistent draws of power on the farm. Tom described the array of fans that run in unison, sometimes for long stretches, "I have four 36-inch fans alongside the barn for ventilation that cut on and off, but in the summertime when it gets really hot I've got six 5-foot fans in the back that run all day, and sometimes all night."

Tom relishes his interaction with his Pete and Gerry's counterparts, whether transferring eggs to their delivery trucks or keeping them up to date on the health and productivity of chickens, he knows they are stronger together. 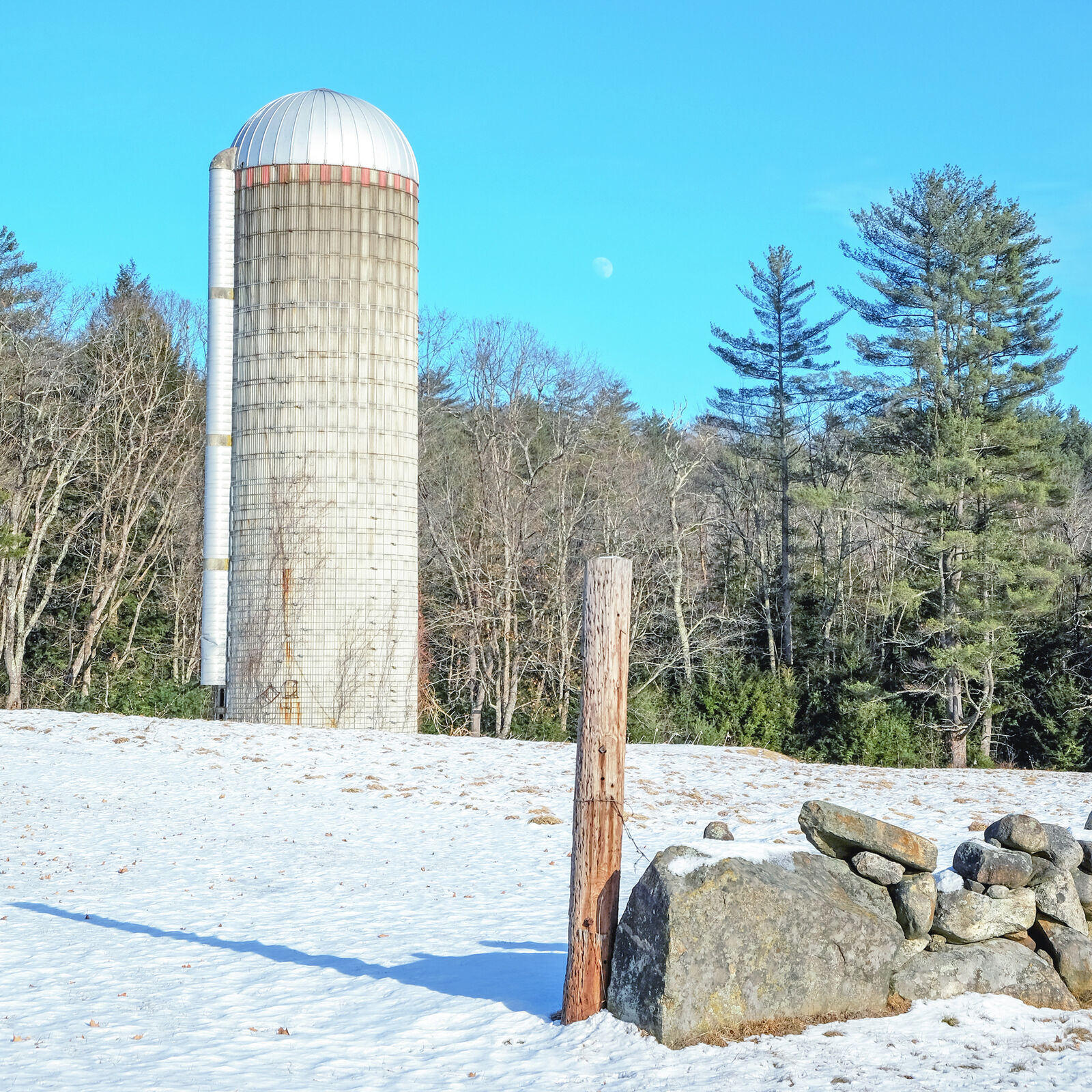 Though society is beginning to demand our food be grown the right way, the adversaries of better practices are still powerful. Tom appreciates the niche he has found does not exchange health for profit. "Agriculture is big business. There's big money in pushing everybody out. Monsanto wants you to spray Round-up on everything, mostly corn, and then we eat the corn! How is that good? They're finding out that it's given farmers cancer, now."

Solar is well-suited for agricultural needs, and it takes pressure off of farmers in a world of ever-rising electric rates. Their work is important, and B Corp farmers like Pete and Gerry's challenge themselves even further by holding to an ideal of fairness to all. Tom is confident in the mission, "Organics aren't going anywhere anytime soon. Pete & Gerry's is growing by leaps and bounds. They've asked me to build a second barn - I'll be ready for that in another year or two!"

To create the great world we're capable of, we all must eat good food. Good food is a struggle, between profit-at-all-cost, and an awareness of energy that nurtures life. It is only too clear that what grows our food, can power our world. With Pete and Gerry's Organic Eggs, and solar power, you can believe in what you buy.