Getting SMART About Massachusetts Solar 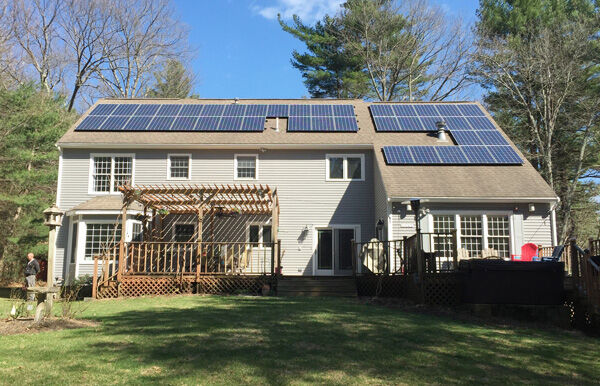 Solar PV projects in Massachusetts, like this one for a homeowner in Boxford, are cost-effective investments. After incredible success with Solar Renewable Energy Credits (SRECs), the state is now transitioning to the Solar MAssachusetts Renewable Target (SMART) program, which replaces the carbon pricing system with a market-based tariff system.

For an update on this topic, read more here .

After a number of years of using solar renewable energy certificates (SRECs) to underpin and stimulate the growth of solar energy statewide, Massachusetts is currently in the process of implementing a new incentive program based on a tariff concept.

The rapid increase of solar in Massachusetts over the past decade is a direct result of the implementation of the state's Renewable Energy Portfolio Standard (RPS), which is a statutory obligation that electricity suppliers obtain a percentage of electricity from renewable sources. To date, the mechanism by which suppliers have met their annual obligations was the acquisition of RPS-qualified renewable energy certificates (RECs) generated by renewable energy systems in the state.

By most measures, SREC-based programs in Massachusetts have been successful. While many states utilize REC programs, the program in Massachusetts, despite a few twists and turns on the "solar coaster" has been relatively stable and has allowed the state to meet its stated goals for solar over the past seven years - typically ahead of schedule. The initial solar-focused program, SREC I, ran from 2010 - 2014, while its successor SREC II started in 2014 and is scheduled to end in early 2018.

At that point, the SMART (for Solar Massachusetts Renewable Target) program will begin and will serve as the primary mechanism for meeting the state's renewable energy goals. SMART is a tariff-based program under which incentive payments will be made to the owners of eligible solar energy systems over time. The incentive values will vary depending on system sizes and locations. The program also incentivizes the use of certain technologies, such as storage, and penalizes the use of greenfields. While there are still some details to iron out, it is clear that the overriding goal of the incentive structure is to further stimulate the adoption of small-scale, distributed generation and storage.

The incentives will decline over time, reflecting a belief that technology costs and soft costs will continue their downward trajectory. Tariffs under a slightly different approach have been very successful across Europe, including Germany, and California while the use of a declining block methodology is reminiscent of recent approaches in the state of New York.

In shifting to a tariff-based program, the state hopes reduce the volatility which can sometimes be associated with SRECs and to gently reduce the value of benefits over time as the price of solar declines. The replacement of the SREC program by the SMART program was also directly linked to the state's desire to find the right balance between meeting renewable energy goals and not overburdening ratepayers.

It is clear that Massachusetts values its status as a solar leader in the US. While final details need to be worked out and while issues around pricing, net metering and timing need to be resolved, the state has secured its spot among the 'hot' solar markets over the next few years in a way that multiple stakeholders can benefit from.