Interview with Energy Guru Paul Kando: "Change will come from the people or it won't come at all" 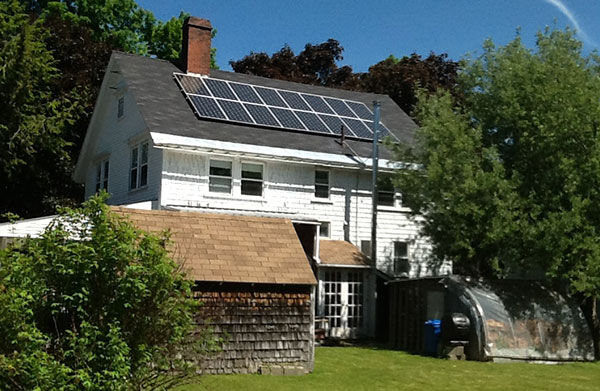 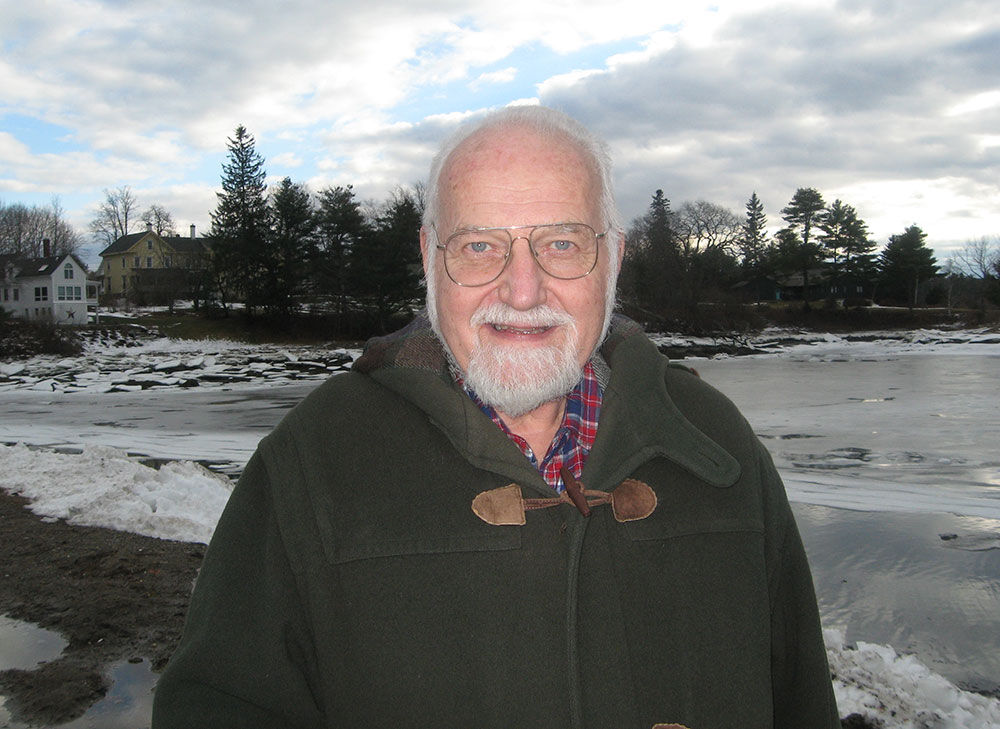 We recently had the opportunity to sit down with Paul Kando, co-founder of the Midcoast Green Collaborative in Damariscotta, ME and midcoast energy guru, for a Q&A about solar, Maine's current energy picture, and his hopes for the future.

Tell us about how you came to Maine?

I married a Mainiac! I met my wife Beth at a solar conference in the late 1970s - she owned property in the midcoast and we moved here permanently in the early 1990s.

I was born in Hungary, raised in the Communist bloc - I studied theology in school, then got into chemical engineering and the manufacturing of textiles. In 1973 I worked on two research projects: (1) to use solar heat in processing yarns and fabrics, and (2) to use a knitted textile fabric as a solar thermal absorber plate. I was lucky to enter into solar when the early pioneers were still alive - people like George Lof at Colorado State or Maria Telkes, and Karl Boer at the University of Delaware. From textiles, I switched to energy. I was part of the design team of the solar thermal system on the Carter White House; I worked on the first energy audit on a whole city, Clarksburg, WV; and on "Solar One", an experimental solar building at the University of Delaware that functioned as a laboratory for both advanced thermal storage methods and photovoltaics. I also had the opportunity to participate in building systems research in northern Europe - research that, over the years, lead to the development of zero energy and even net positive energy buildings.

What became clear even back then was that buildings of the future will feature a combination of maximum energy efficiency, passive solar heating and renewably generated electricity. The most versatile form of energy for the future is electricity. You can store it, convert it, and use it for most any purpose, and generate it without relying on fossil fuels that harm our environment. On top of it all, once a solar system is installed, the energy comes free of charge, courtesy of the sun.

You have both grid-tied solar electricity and a heat pump at your own home. How has that worked out so far?

Our photovoltaic system works well, especially combined with our mini split heat pump. From June 6 through December 2014, we generated 2,774 kWh and used 3,482 kWh, which includes heating our home. The old oil-fired boiler is now only a backup device, for very cold days. Today (January 8) was the first time it came on, during the night, with the outdoor temperature at -7?F.

I don't have a precise number for how much electricity went for heating; the above total includes all electricity used in the house. However, I estimate that of the total consumed, 1,229 kWh went for heating so far. At 16?/kWh, that works out to $196.64. Even at $2.85/gallon (yesterday's price), that would have bought only 69 gallons of #2 oil - not enough for a house that usually burns just under 1,000 gallons per winter. By now we would have gone through nearly 400 gallons of oil, at a cost of at least $1,200, given that oil prices were much higher in the fall.

Speaking of low oil prices, what is your recommendation, as an energy auditor, to folks in light of this current dip?

I started doing energy audits in 2006 with the Midcoast Green Collaborative and have seen many folks balk at insulation upgrades and efficiencies. But cheap energy today is an opportunity to invest the unexpected savings in improvements to permanently reduce energy costs in a meaningful way.

Also, the combination of heat pumps for both heating and domestic hot water, especially when paired with solar, makes for a better payback. The combination of efficiency and renewables, especially with projects like community solar farms, which allow even households without good solar access to participate, is an opportunity for citizens to become investors in their own energy future.

When it comes to energy, what do you see as our biggest needs going forward?

We need to avoid the adversarial model between distributed power generation and our electric utilities. Here in midcoast Maine we'd all be better off if CMP generated its own power, as it used to. Then they'd have an incentive to promote energy conservation. Currently, their only incentive is to sell more power. As a state we have to promote efficiency, as well as distributed power. Since electric demand is distributed, a central supply doesn't make much sense. We all have a common interest in the grid. We all rely on it. But what we need is a 21 st century smart grid that accommodates both distributed and centrally generated power and allows for isolating power outages without large sections of it going down.

We also need vision that looks beyond today. Take housing, for example. A conventional home is built and optimized to serve the builder's interest - lower first cost, easier sale, showy features - granite countertops, high-end appliances, etc In contrast, a state of the art "passive house" is built and optimized to perform - very low operating costs, a structure that heats itself, a home that lasts. The house of the future will imitate nature.

Nature never uses more energy than it needs, and wastes nothing. Nature builds on collaboration: think of the collaboration between fungi and tree root systems, or that between flowers and pollinators. These are features we must emulate. Efficiency itself is the result of collaboration - think of recycling our "waste" into someone else's raw material. Think of how rural public transportation could change Maine - enhancing the ability to age in place, electric vehicles charged from solar panels and used as energy storage for the commons, light rail as an economic development... There are opportunities at every turn.

Also, let's work to solve problems nearest to the problem. We can work at a local level to create models that work, and inspire others to replicate them on a larger scale. Who knows what might happen when others begin to contribute their insights and talents! Working together, we may find opportunities we hadn't even thought of. Energy is a common need and is a great place to start. Even a modest start can be a catalyst for larger change. Action at any level is an exercise of power most of us don't even realize we have..

What would you like to see in the coming years? What gives you hope for the future?

I'm hopeful that we'll see municipal utilities that operate like Green Mountain Power or the Burlington Municipal Utility in Vermont. They are guided by a sustainable mission to provide clean power while also providing great service - they recognize that utilities must change the way they have been doing business in the past. I'm also encouraged by the efforts of towns like Wayne for their Sustainable Wayne vision http://www.sustainwayne.org/ or Peaks Island or DDATT, the Dexter Dover Area Towns in Transition initiative and the work they're doing. You don't have to be an island to create a sustainable, self-sufficient way of life.

The good news is that there is no technical reason why we can't stop our over-reliance on carbon and stop its pollution in its tracks. Our problems are political and social. We are great at doing things as individuals, but there is a big gap between this and what we expect of government. We forgot how to work together and collaborate. But we can focus attention on a local structure that allows for citizen participation - solar farms, and energy cooperatives for instance - to not just solve energy issues but also build community and work on solutions to fit everyone's needs. Yes, there are lots of clouds on the horizon, but I'm very hopeful about the future. - I'm not saying it's going to be easy. Change will come from the people or it won't come at all.