On the Road Again: The Return of the Electric Vehicle 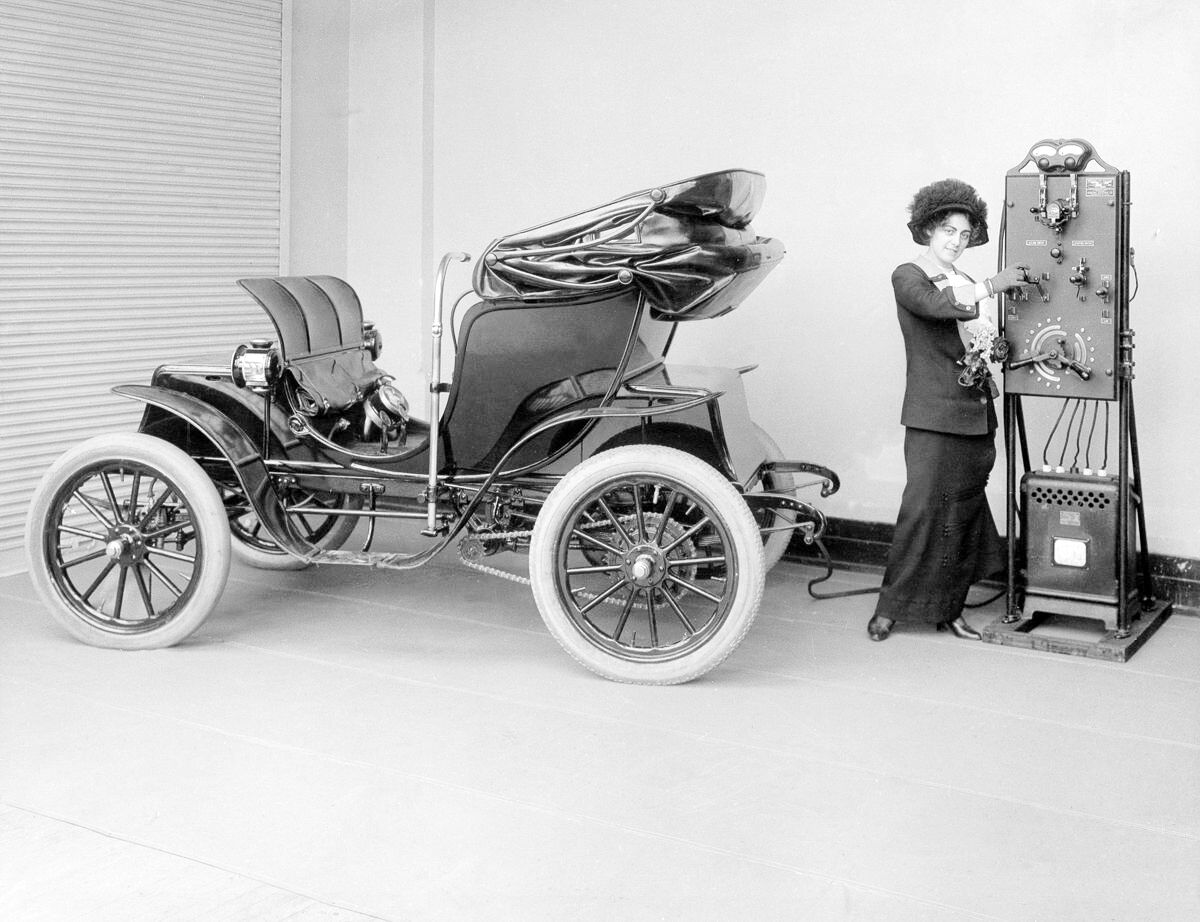 The Columbia Mark 68 Victoria electric vehicle, made by the Pope Manufacturing Company in 1906, is one of the earliest automotives of any kind and marked a moment where humans could have launched an electrical rather than fossil fuel era. Over a hundred years later, a confluence of consumer demand, fossil fuel realities and technological advances have created momentum for the return of electrical locomotion. Photo Courtesy miSci.

First in motion in the United States over 100 years ago, the electric vehicle (EV) is, at long last, having its day in the sun. With over a dozen all-electric vehicles on the market today, and manufacturers committing billions to research and development, the transition to zero emission vehicles is accelerating.

Electric vehicles were initially a very viable option for many in need of urban transportation in the late 19 th century. Steam, electrical, and gasoline power were all present in this experimental period as the world underwent a paradigm shift from horse-powered personal transportation to "horseless carriages," as early car prototypes were dubbed, but electricity was the clean and quiet option many preferred.

By 1900 many innovators around the world were exploring ways to improve the technology. In the first years of the century, Thomas Edison, who believed that electric vehicles were the logical champion, worked toward increasing their battery capacities. Even Henry Ford was open to their potential, and, in partnership with Edison, considered producing a low-cost electric vehicle.

Despite his interest, it was the rollout of Ford Motor Company's Model T, in 1908, that delivered a substantial blow to any marketable electric vehicle. Inexpensive, mass-produced Model T's, absent a laborious crank-starter, and the Texas crude oil boom, gave rise to the gasoline-powered motor vehicle. Along with filling stations, motor vehicles spread out from cities into rural America, where electrical infrastructure had not yet arrived.

1922 was the apex of horse ownership in America, and 120,000 people were employed in the harness-making industry. By 1928 the automobile had become dominant, wiping out the harness-makers, but unleashing decades of exponential job growth and economic development associated with the U.S. auto industry.

Gas prices remained low, and the American automobile industry flourished without much of a mention of the electric vehicle, until the 1960s when the Environmental Movement began influencing legislation to help clear the increasingly smoggy, unhealthy air Americans were breathing as a result of motor vehicle emissions. 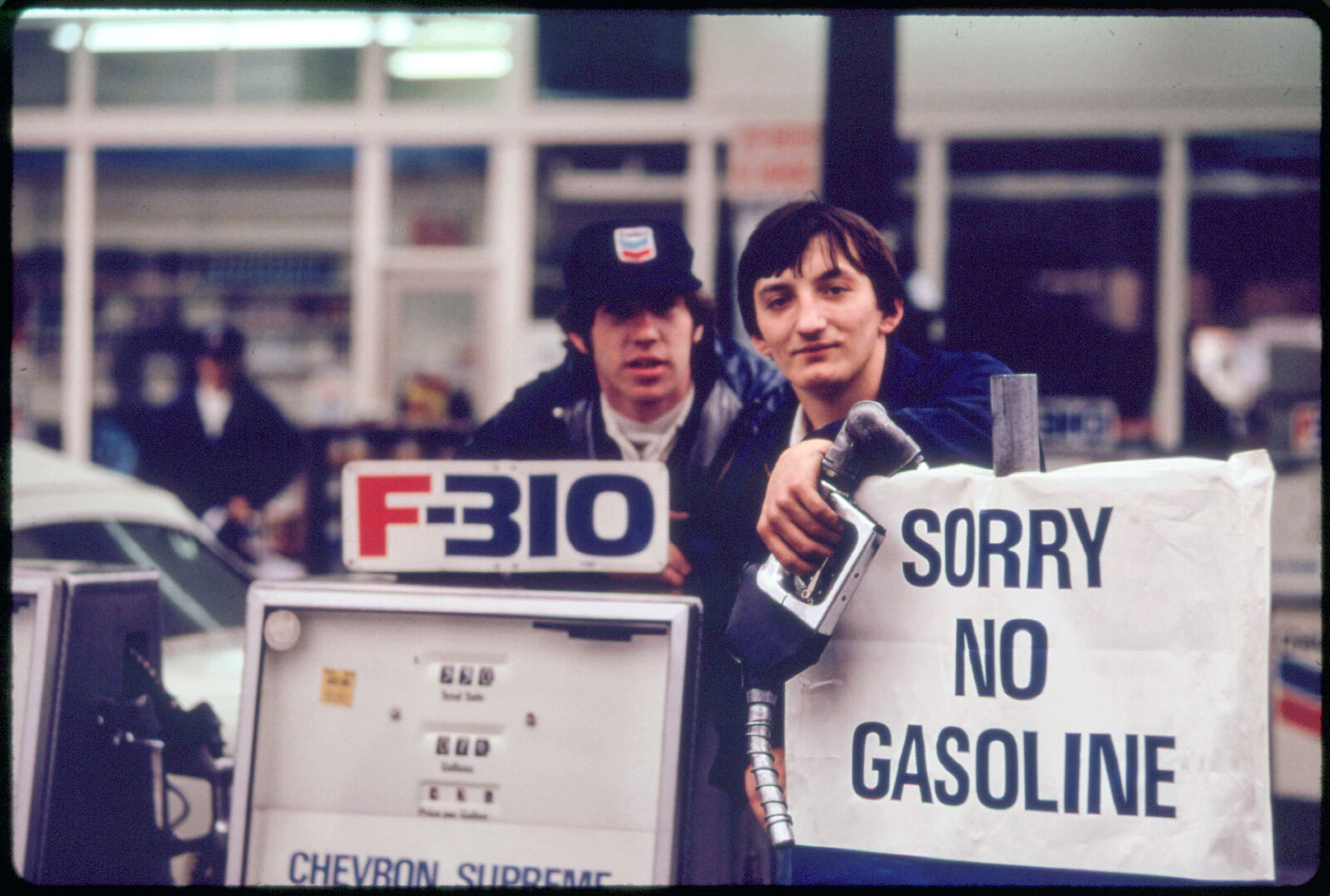 It was the oil crises of the 1970s that truly brought the electric vehicle back into consideration, though - Americans were suddenly finding themselves at the mercy of foreign oil interests, and many recognized that revitalizing the development of a swift, long-range EV was the solution.

A couple of automakers created prototypes, and Congress even authorized government support of research and development. But, by this time, much of America was enamored with the rumble of a motor, and with their limited speed and range, and often unusual appearance, these EVs did not reach the necessary broad appeal to advance, and their slight popularity diminished again in the 1980s.

Then, in 1996, spurred by strict emissions regulations issued in California earlier in the decade, General Motors began leasing the first mass-produced electric vehicle of the modern era from a major automaker: the EV1. Customer reactions were very positive - it could keep up on the highways and travel as much as 100 miles on a charge.

Other major automakers attempted to follow suit in order to continue selling vehicles in California, but sadly this technological momentum was again hindered, this time by relentless pressure from entrenched oil interests, attacks of misinformation, and even interference from former president George W. Bush's administration.

GM declared the EV1 commercially unviable due to high production costs, and by 2003 the EV1 program had been discontinued, and leased models were removed from the road, then, largely, destroyed.

After another initially hopeful chapter concluded so dismally, it might seem like the notion of an electric vehicle was ill-fated - but you can't keep a good idea down. Consumer demand continued to grow with increasing environmental awareness, while the photovoltaic technology to harvest a clean energy supply, and the battery technology to store it, began to leap ahead, as well.

Companies like Toyota and Honda produced HEVs (hybrid electric vehicles) that were well-received and affordable, but they were not free from the world of oil, emissions, and engine maintenance. Then, in 2006, along came the Tesla Roadster - the first mass-produced, all-electric vehicle to reach the American market in the decade since the EV1's arrival. 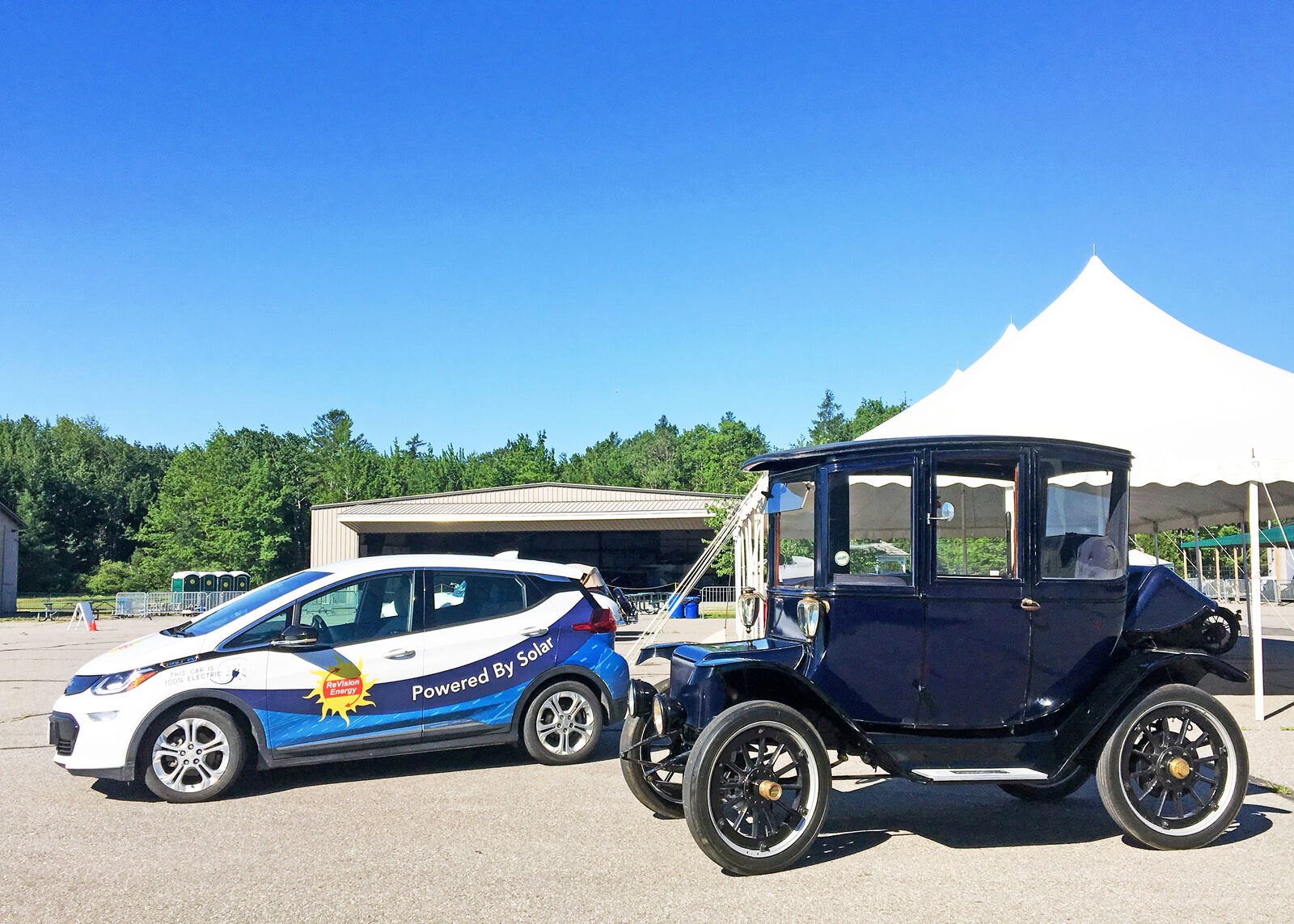 Tesla's Roadster and their S sedan have been extremely successful, and they have more all-electric models in the works, compelling other major automakers to renew their efforts in the research and development of the modern EV, with more and more of them producing HEVs and PHEVs ( plug-in hybrid electric vehicles ) to fill the gap. Now, in 2022, everyone from BMW to Ford has produced an all-electric vehicle - the Nissan Leaf and Chevy Bolt are two of the most affordable and competitive of these EVs on American highways today, each pushing the other ahead.

Additionally, hybrid cars have continued to evolve and keep a strong presence in the market, giving even more options to homes looking to electrify their transportation. In 2021, plug-in hybrids (PHEVs) accounted for a fifth of the total electric vehicles sales in the US. Hybrids are made by nearly every manufacturer, and options abound in style, function, and cost. You can read our post on plug-in hybrids to learn more .

The electricity we drive on is only as green as its source, however, and efforts to further improve battery technology, and widely distribute clean solar energy are vital to the overall success of the EV. Moreover, installing charging infrastructure, reducing charging times, and increasing driving ranges are all essential to winning over American drivers and transforming our auto industry. Our clean energy transition is far from complete, but the American psyche has already begun to embrace the next paradigm shift in transportation - driving on sunshine!

Read on to learn about Electric Charging and the solar gallon in Part 2: The Ins and Outs of EV Charging. 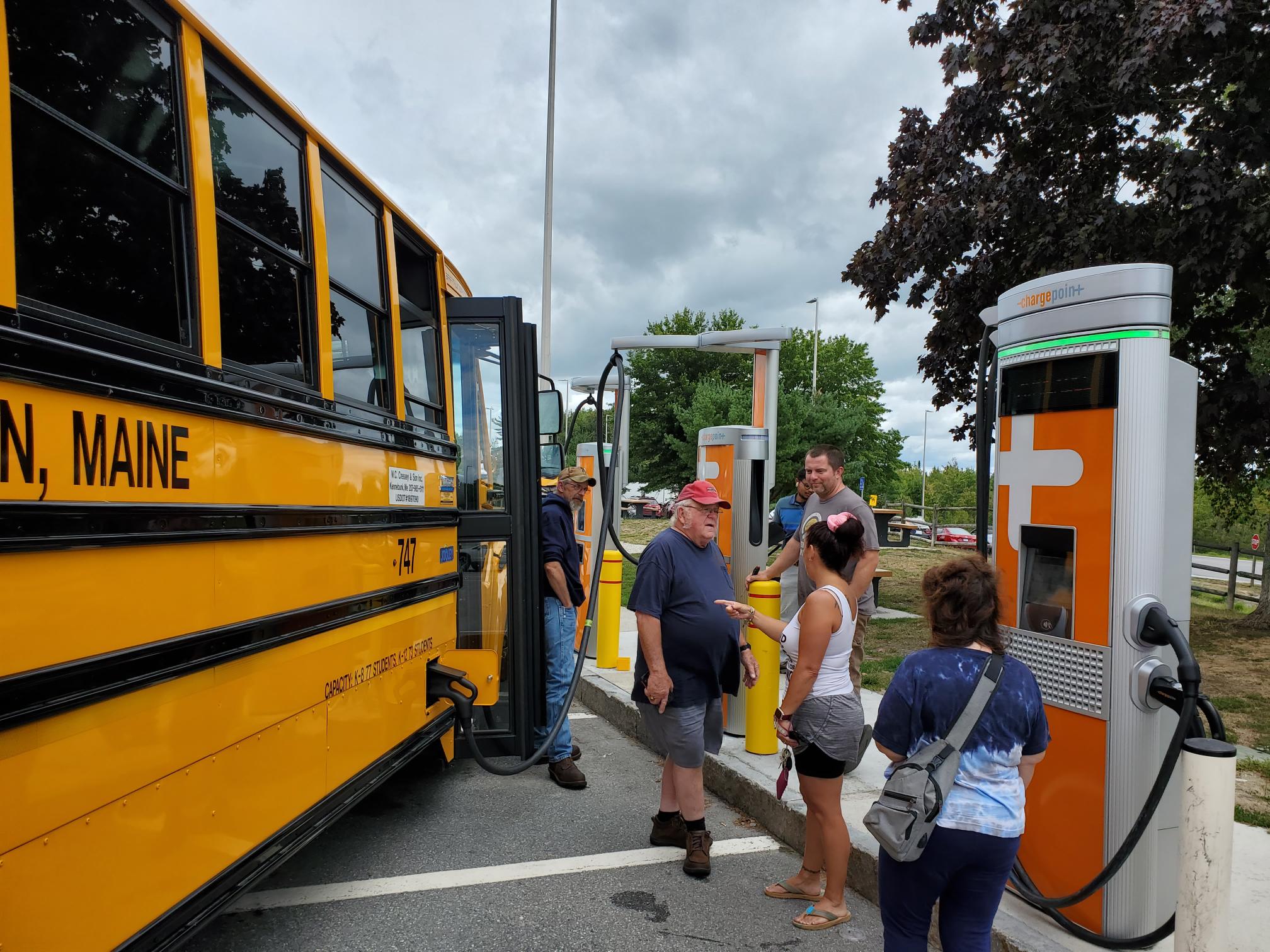 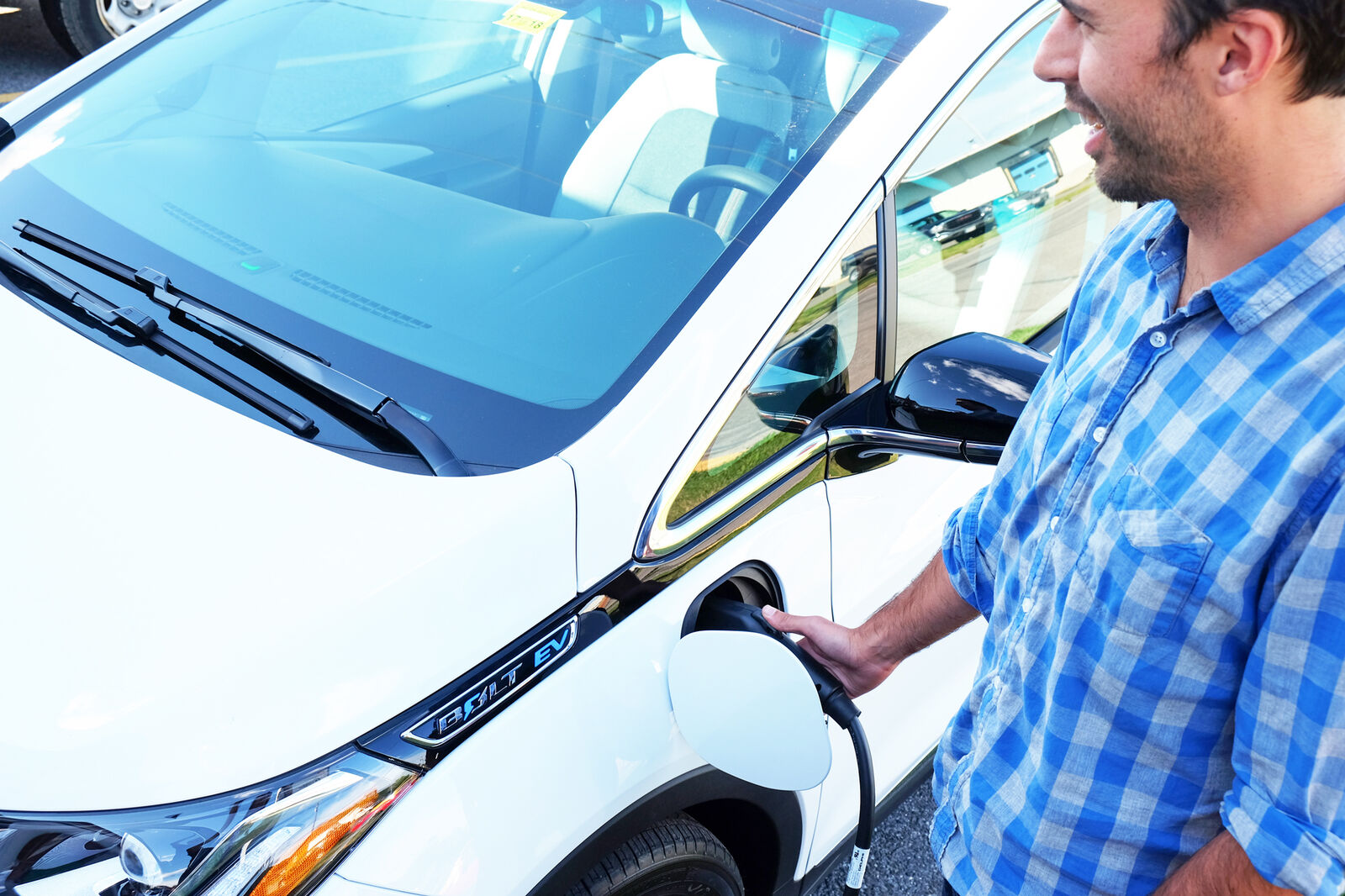 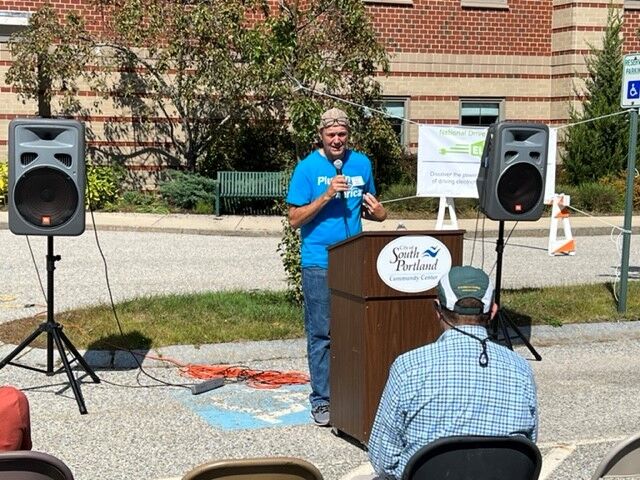