Lend an Ear: Voices on Climate

Conversations on Climate | January 6, 2016 | Posted by Fred Greenhalgh | No Comments

With the world’s attention turned to the landmark Paris Climate Deal, we’ve been part of some really important local discussions on climate which focused on the local region. Many of the events we attend can only be enjoyed by getting out to the event, but in these cases we were able to get some audio recordings! 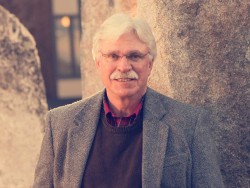 This event, held November 5th at The Strand Theatre in Rockland, featured a discussion of positive visions for Maine in the context of climate change, sponsored by the Georges River Land Trust. Unity College President Dr. Stephen Mulkey was the keynote speaker, and moderated a panel featuring NRCM’s Executive Director Lisa Pohlmann, ME Chapter of the Sierra Club President Glen Brand, and our own co-founder and managing partner, William Behrens.

Dr. Mulkey outlines both the staggering challenges presented to our region due to shifts in climate zones and erratic whether, and also the opportunities: unifying environmental organizations, leveraging our vast natural resources, and developing a 21st century economy centered around the opportunities presented in resolving our climate crisis. Pohlmann, Brand, and Behrens all comment on their efforts to get a cleaner future for Maine, the challenges, the victories, and the vision ahead. 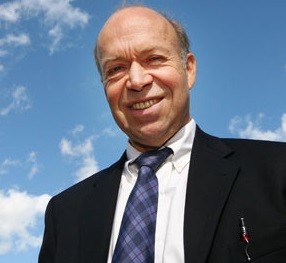 On November 14 2015, the Citizen’s Climate Lobby held its 3rd annual Northeast Regional Conference in Nashua, New Hampshire, including members from New England, New York, and New Jersey. The keynote speaker was world-renowned climate scientist Dr. James Hansen, Mark Reynolds (Executive Director of Citizens’ Climate Lobby) who encourages citizens to make climate change THE issue in 2016, by talking to presidential candidates, friends, and neighbors of the dangers of climate change and the opportunity for renewable energy to solve these problems and stimulate the economy.

In his talk, Dr. Hansen discusses the severity of the climate crisis in clear, plain science, and describes bluntly the political gridlock that has lead to inadequate action being taken so far. He then goes on to describe his policy proposal (Carbon Fee & Dividend) to internalize the costs of burning carbon-based fuels in a market-driven approach that has support from both liberals and conservatives.