Winter, especially in northern New England, is known for short days, decreased sunlight, and snowstorms. We frequently get asked whether solar works in the winter, and the answer is yes, solar panels produce energy in these dreary winter months. But did you know winter also means our solar panels are more efficient?

That’s right, photovoltaic (PV) cells are more efficient in colder temperatures, which is why New England’s annual solar resource is similar to that of Houston, Texas, even though Houston has longer days. 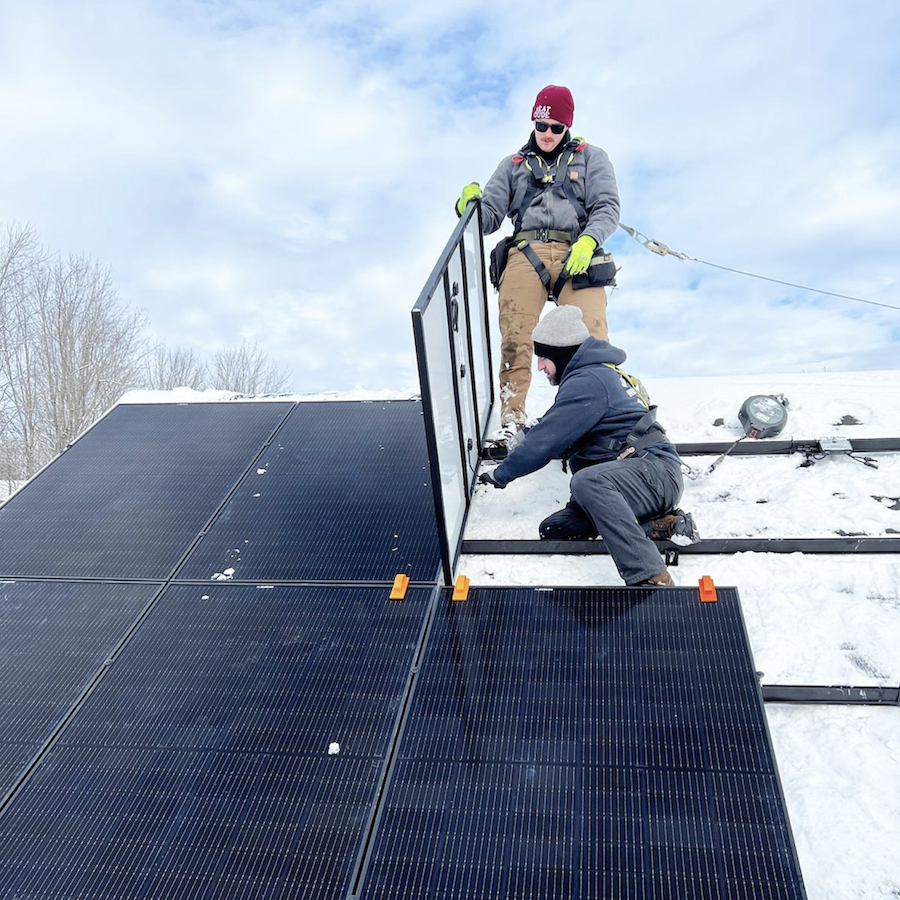 A photovoltaic solar panel creates energy when the sun’s light, known as irradiance, hits the cells, activating the electrons in the silicon. The faster the electrons move, the more energy is produced. A solar panel’s overall production depends on the difference between resting electrons and moving electrons.

In colder temperatures, electrons at rest have less energy, so when activated by the sun that difference is larger and the energy output is higher.

Solar is also more efficient when it is cold because there is less voltage drop in colder temperatures than in hotter one. This is due to the fact that as temperatures drop, so does the resistance of the wire and as a result more power can be transmitted!

Although your array will not produce energy when covered in snow, the angle of the panels combined with the black color attracting heat means that the snow will slide off relatively quickly, like it does off a car windshield. (For this reason we do not recommend shoveling your solar panels). And once they’re clear the snow can actually help the energy output by reflecting sunlight back up off the snowy ground.

Everyone has experienced the blinding reflection when walking out into post-storm sunlight, and the solar panels thrive in that glare. In icy conditions or a light dusting of snow, the UV light is strong enough to penetrate through, so the array will still produce energy.

Ultimately the reduced daylight does mean that your solar array will produce
less energy in the winter, despite the increased efficiency of the panels. That’s why Net Metering is so important – most arrays in New England produce a surplus of energy during the spring and summer months, and those credits can be used during the shorter winter days. The end result, is a solar array that meets your electric needs over the course of a full year.

And don’t forget, if you pair it with battery back-up, your array will keep producing energy even during those snowstorms that cause power outage.