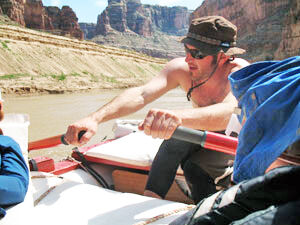 New Hampshire native Nick Bristol grew up working in the trades, before he headed to Unity College where he earned a Bachelors of Science in Adventure Education.

He returned to New England in a 1985 F250 powered by veggie oil (never needed to refuel once!) and joined ReVision's team in 2011. He has advanced to the role of solar hot water division manager, where he organizes our solar hot water crews, coordinates installations, and fills in as needed on the roof or in the basement.

Nick now lives in his hometown of Londonderry, NH with his girlfriend and her two daughters. Having seen the world and now doing his part to save it, Nick goes to work each morning loving life.