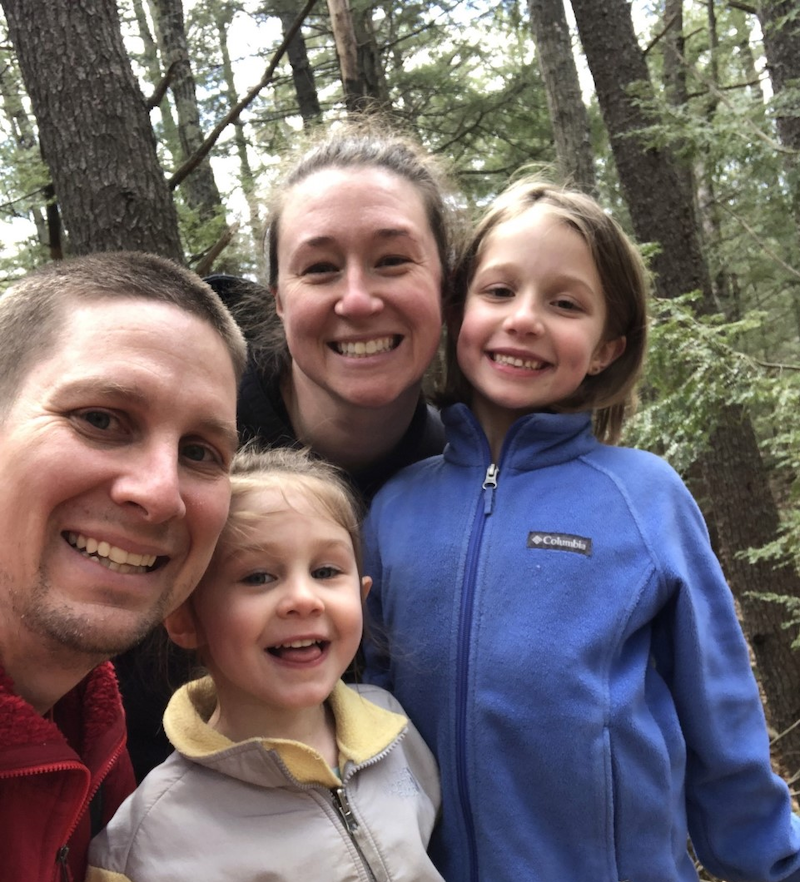 Justin (he/him) grew up in northern NY, and played in the Adirondack mountains as a kid. In 2001 he joined the Army and was stationed in Washington state. After serving a year in Iraq he completed his military service just outside of Seattle. He loved the Pacific Northwest so much that he stayed for another 4 years, where he learned to climb ice, rock, and mountains. He also graduated from the University of Washington with a degree in literature. The time he spent in Washington really opened up his eyes to the impact of climate change, particularly as he looked at the glacial loss in the North Cascades.

After moving to New Hampshire in 2011 Justin married and within a few years became the father to two outgoing nature loving girls. His family now resides in Epping, the Center of the Universe! The Paynters decided to tackle climate change first hand and installed solar panels, and Justin got his first EV, a Nissan Leaf nicknamed Leaf Eriksson. They are also building a pollinator garden. With all these changes at home, Justin decided he needed to do more.

ReVision Energy seemed like the perfect place that matched his passion and values. A B Corp that not only talks the talk, but leads the charge against climate change and social injustice was exactly where he wanted to be. He left his 20 year retail career to try to make a bigger impact for his daughters. He currently brings his experience in inventory control to the Brentwood warehouse, and is looking forward to joining a team in the future installing solar on houses throughout New Hampshire.

Justin enjoys spending weekends with his family, cheering on the NY Giants, and watching his daughters learn to enjoy skiing, hiking, and the outdoors. One of his proudest moments was when his 4 year old told him she wants to put solar panels on homes when she grows up.