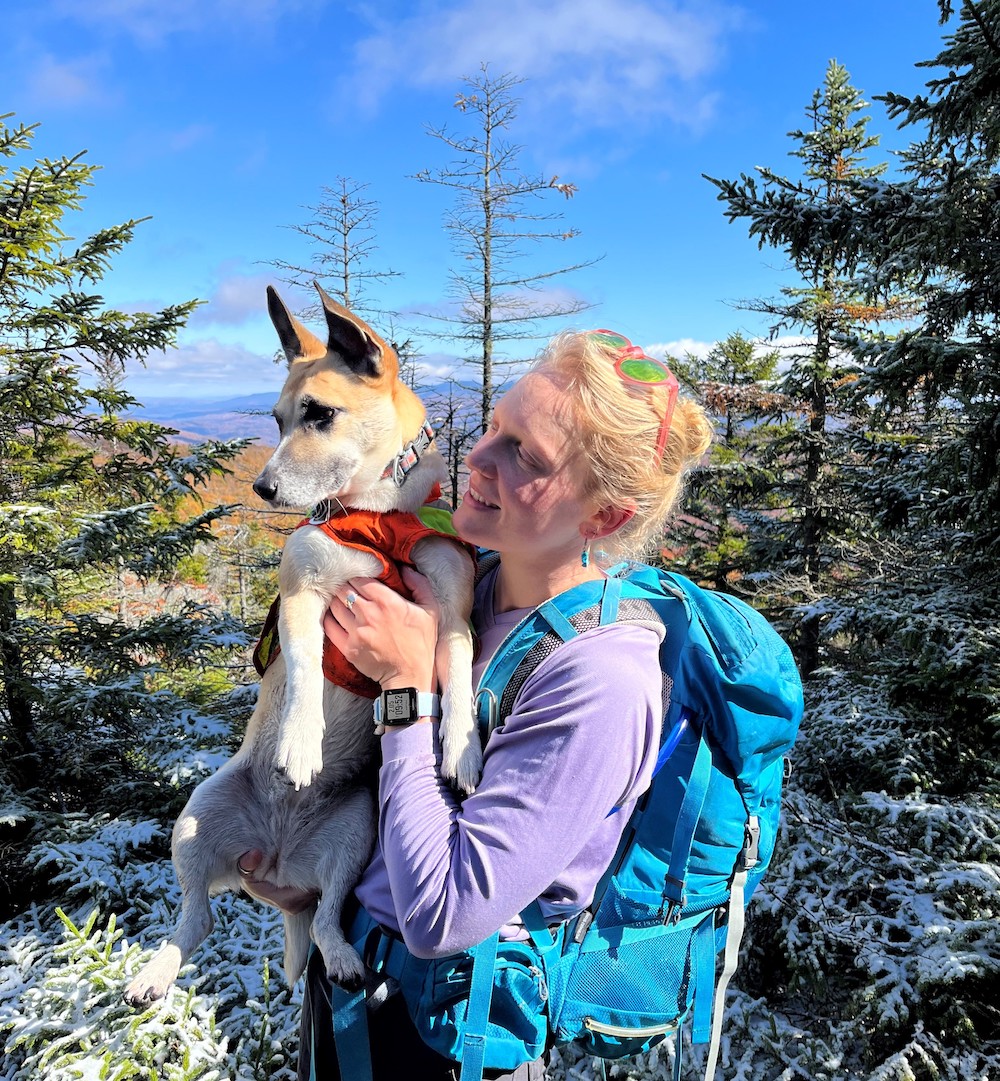 Erica (she/her) grew up in a family of outdoor enthusiasts, and as the youngest of four, she recalls long days in the sun, trailing behind her siblings on many a family hike. While these were not always fun for her in the moment, she eventually learned to love time in the outdoors and to value sustainability as much as they did. This led her to study Geology and Environmental Studies in college and spend summers leading wilderness trips in Maine and working in the White Mountains.

After graduating with a degree in Geology, no immediate plans to use it, and the desire to head west, she moved to Montana to try ski instructing. This led to four years of seasonal roles including serving with the AmeriCorps Conservation Corps in the New Hampshire Lakes Region and working on an organic vegetable farm in Bozeman. But four years was long enough, and eventually New England, and specifically New Hampshire called her back full time to be close to friends, family, and the outdoor recreation that felt like home.

In returning to New Hampshire, it was always her goal to work for a company whose central mission was grounded in sustainability and preserving the planet for future generations. After hearing about ReVision for years (initially when ReVision installed her parents' rooftop array in 2012), Erica feels so lucky to join the team as a Solar Advisor in Brentwood. She now lives in Dover with her partner and dog, and one day hopes to own a small, solar powered off grid home on the seacoast. In her free time, Erica enjoys spending active days outdoors and cozy evenings at home knitting.