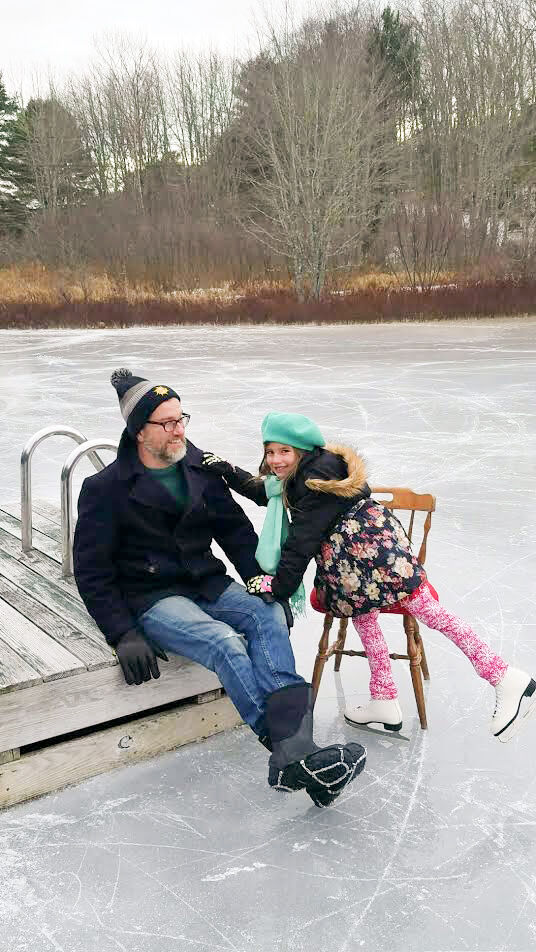 A product of the failed social experiment known as Levittown, Pennsylvania, and a former long-time resident of Philadelphia, Dave is now quite content to hang his proverbial hat in the bucolic splendor of Portland's North Deering neighborhood.

Dave's standing as a Master Plumber earns him the right to refer to himself as a card-carrying member of the proletariat, a right which he often exercises to the chagrin of his companions. With his extensive background in heat pump installation, Dave is currently engaged in the design of heat pump systems as well as in providing technical support for the superlative ReVision installation crews.

He is also a part-time professional musician, most notably with Portland's durable rockabilly combo King Memphis, and occasionally records self-penned two-and-a-half-minute pop songs, suitable for airplay on 1960's-era AM radio stations which, sadly, no longer exist.

Among his other extra-curricular activities Dave is most keen to have it noted that he provides excellent shoulder-borne transportation for his astonishingly charming and unaccountably bright 6-year old daughter, Pear, despite his frequent exhortations that she utilize her evolutionarily-derived abilities as a biped. Incidentally, she has not, to date, expressed an interest in pursuing any career which entails membership in the ranks of the proletariat.

Dave has installed one heat pump in his cozy little cape, and has grandiose plans for at least one more, plus the addition of a photovoltaic array on his perfectly oriented roof. Dave amuses himself by writing biographical sketches and believes, after his hero Carl Sagan, that extraordinary claims require extraordinary evidence before they can be considered.