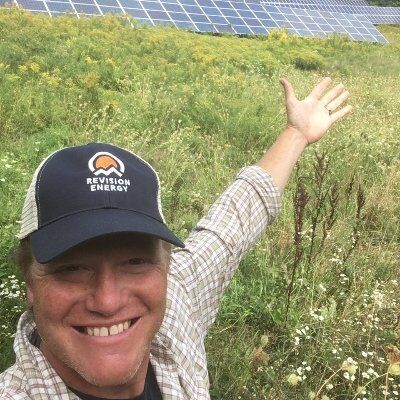 Dan is a Seacoast NH native who spent much of his youth swimming, fishing, surfing and sailing in the Atlantic. The son of a school nurse and a high school Spanish teacher, Dan and his family moved to the mountainous Mexican city of Xalapa for several years, where Dan enrolled in public grammar school and became so fluent in Spanish that he nearly forgot how to speak English. On many family trips along the bumpy, dusty back roads of Mexico, Dan also got to see first-hand what extreme poverty and social injustice looked like - a formative experience that helped shape the rest of his life, and eventually drew him to ReVision's B Corp. mission.

Dan graduated from Williams College, where he played rugby, ran track and field and wrote for the school newspaper. Following college, Dan pursued a 10-year career in newspaper journalism covering crime, education and business, but eventually grew tired of the long hours away from his young family. A friend invited him to try mortgage banking, and 10 years (and two more kids) later Dan found his bank account in slightly better shape but his soul searching for more. The growing climate crisis and Dan's deep connection to the ocean spurred him to think how he could contribute to a lasting solution. It was a DIY field-trip to ReVision that Dan organized for his science-minded son that eventually led Dan to join the solar design team.

When not designing solar, heat pump and battery systems for ReVision customers, Dan can be found volunteering in the local Scout troop, supporting Habitat for Humanity and coaching youth sports. He and his wife, Katie, and their family live in Rye.