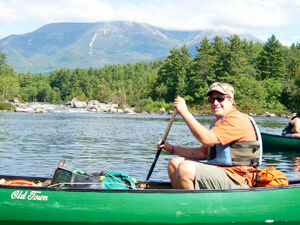 Raised in the Portland area, Ben spent a lot of time outdoors and this love of the outdoors continues through today. His involvement in Boy Scouts as a young person, eventually becoming an Eagle Scout, continued him on the path of learning outdoors skills and spending time at Acadia National Park, Baxter State Park, and others.

In his early teens, he was introduced to sailing and was very taken by being on the water and the competitive sport of sailing. Until high school, Ben spent summers training for and racing small sailboats. His college career took him to South Carolina where he was a member of the top 20 nationally ranked College of Charleston sailing team, spent a semester abroad in Spain and traveled through Europe (as well earning a degree in Spanish). He enjoys spending time cycling, hiking, sailing, and cooking locally grown good.

In the recent past, Ben was an Outdoor Classroom instructor at The Chewonki Foundation in Wiscasset, Maine, teaching students ecology lessons and outdoor skills, facilitating group challenges, and leading extended wilderness trips on the rocky coast of Maine and in Baxter State Park. After Chewonki, he worked as a solar installer in the Southern Maine area and also worked for our sister company, Revision Heat. Ben was also recently involved with SailMaine, co-coaching the Falmouth high school sailing team and helping to lead them to three-peat as Maine State Champions, State Women's Champions, and to hold their own against the talented New England field.

Ben's role at Revision Energy includes some inventory and warehouse managing, vehicle fleet management, and, more recently, getting on a roof to install. He and his wife, Abby, are working on insulation, solarizing, and heat pump-ifying their home in Portland to make it near net-zero!