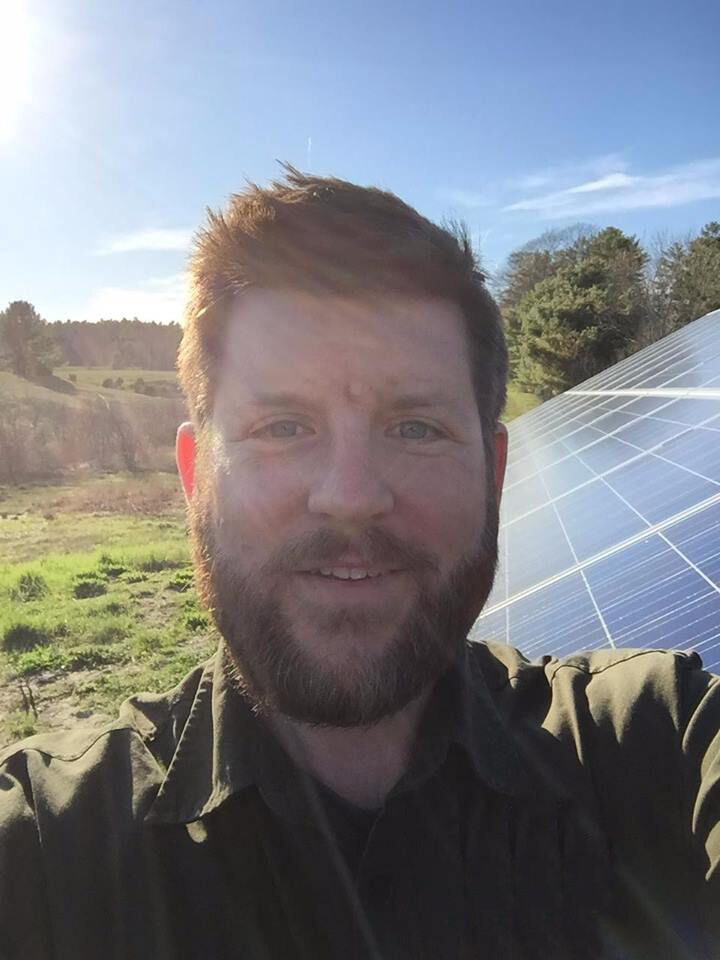 Andrew joined ReVision's sales team in 2015 and has worked as a Commercial Design Specialist since 2016. He is responsible for helping our commercial, industrial, municipal, utility, educational, and non-profit customers understand their solar options, make a plan that works for them, and see their plan through. During his time at ReVision, Andrew has helped dozens of Maine farms, businesses, and institutions go solar from the Midcoast to the County.

Born in Bath and raised in Arrowsic, he was the third generation to graduate from Morse High School in Bath, then went on to receive a B.F.A. in Drama from NYU's Tisch School. He appeared in several plays in New York, most notably as Herb Shuttle in Kurt Vonnegut's "Happy Birthday Wanda June" where he had the honor to perform for and meet the author. After returning to Maine, he spent several years working in organic agriculture, completing an apprenticeship at Hope Orchards, and working at Lakeside Orchard in Manchester.

After a severe hail storm put him out of work at the orchard, he shipped out on a schooner bound from Boston to Key West, then carried on as a professional mariner for nearly a decade. As a sailor, he visited ports from Antigua to Bar Harbor and earned his license as a 100-Ton Master of Sail, Power, and Steam upon Inland Waters. In 2011 he became captain of M/V Quicksilver, a 36 foot passenger vessel with year round service to Islesboro, Maine.

During his decade of working on Penobscot Bay, Andrew was alarmed at the rapid ecological changes he was seeing before his eyes. It was during this time that he realized that fighting climate change is the single most important work of our time, and sought out a position at ReVision in order to join this movement.

Andrew is a proud husband and father of two boys who also love the Maine outdoors.